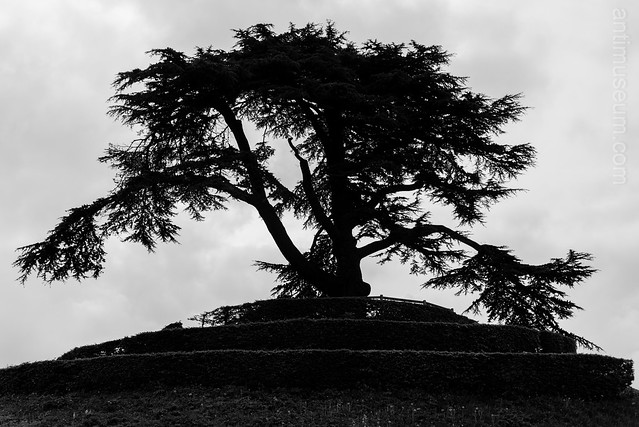 Lebanon Cedars are numerous in France. The first Lebanon Cedar was brought to Britain in 1630, France lagged behind and only caught up – literally – with the Joneses in 1764. There is no end to competition between those two countries, in any area. Well, anyway, the result is this: century old Cedar trees like this beautiful specimen in Caen, the City of William the Conqueror, a City once Norman (i.e. Danish), then French, and English, in which the King of England is buried, bombarded, razed to the ground and then liberated by British troops 70 years ago. Entente Cordiale at last. April 2014.

4 thoughts on “Cedrus Libani and the “Entente Cordiale” (B&W)”