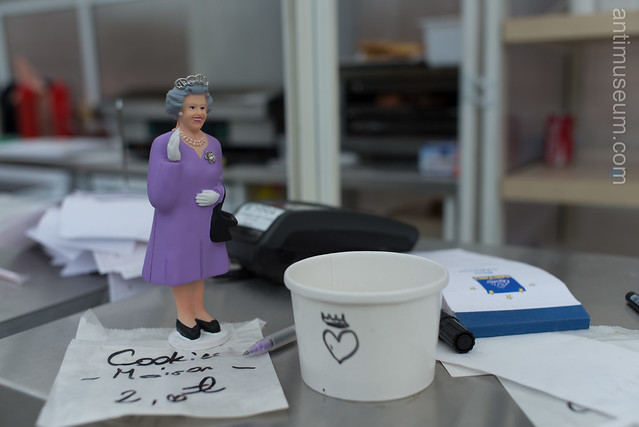 Queen Elizabeth II visited France a few days after D Day celebrations in Normandy. Her visit was greeted by a mixture of admiration and scorn as is natural in a country where half of the population wanted the King and Queen to be beheaded and the other half didn’t (Read The Chouans for a good account of French paranoia in the wake of the French revolution). At a foodstall, as I was waiting to foot the bill, and here she was, saluting the crowd with a weird gesture which probably accounts for her German origins. Chamarande. June 2014.