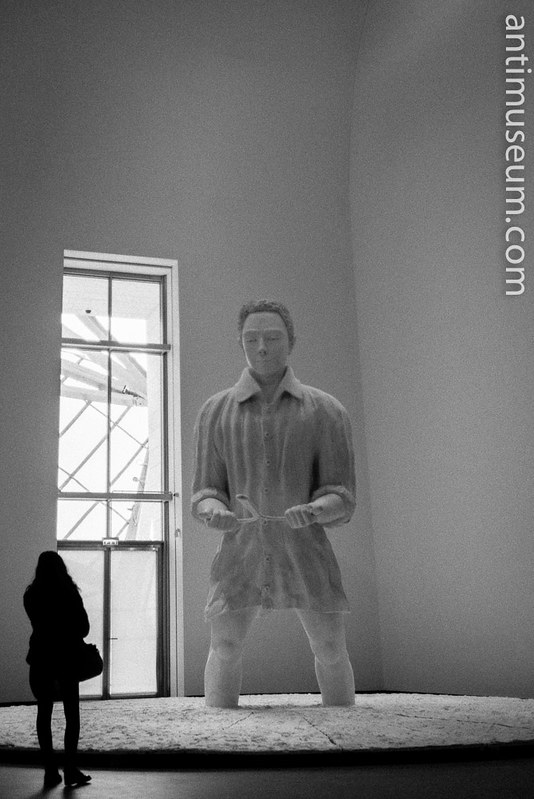 As this week’s post challenge is about scale I chose this shot of a visitor at the Louis Vuitton Foundation in Paris in front of Thomas Schütte’s 2009 “Mann in Matsch” (Man In Mud). My main question about that statue wasn’t about its meaning. I tried to figure out how they managed to fit it in such a room whereas all the entrances were so small no such statue would have been able to get through. I suppose Schütte must have assembled his statue puzzle-like and that they have re-assembled it in the gallery.