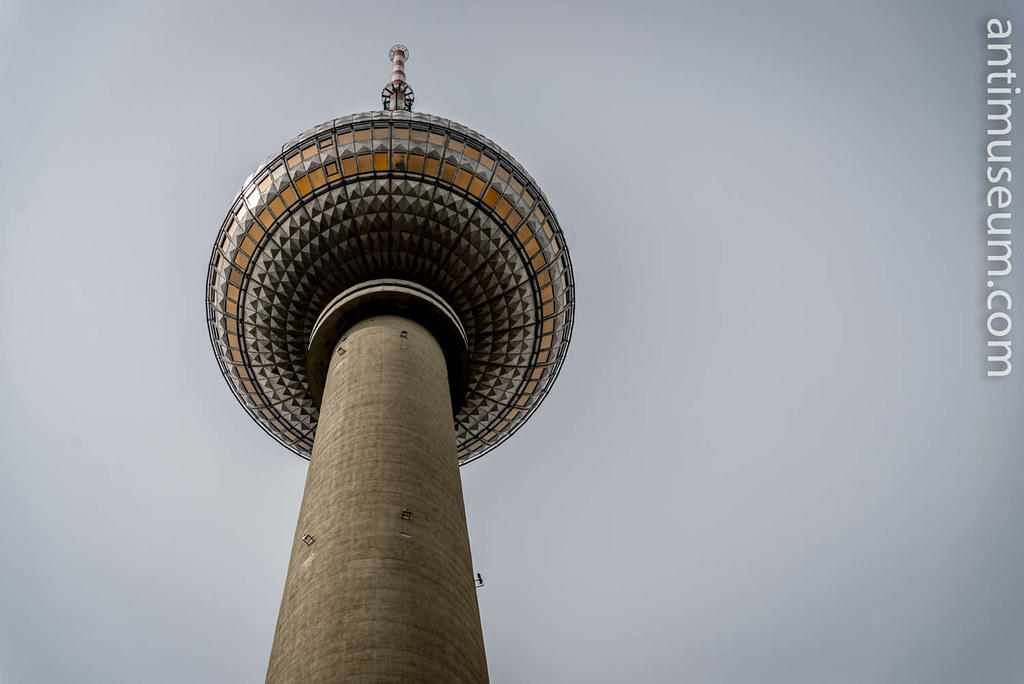 Alexander Platz (aka “Alex”) and its unmissable TV tower (Fernsehturm auf Deutsch) was meant to be a symbol of Communist GDR when it was built in the 1960s. Little did they know at the time that the area would become the epicentre of luxury shops and trendy restaurants, some of which are hidden in the nondescript 1960s post Bauhaus buildings behind the tower. A bit ironic in a way, and the “Turm” is still a landmark (no wonder, it is 68m higher than the Eiffel tower at 368m high, you can’t miss it from anywhere in the City). Here are a few shots. 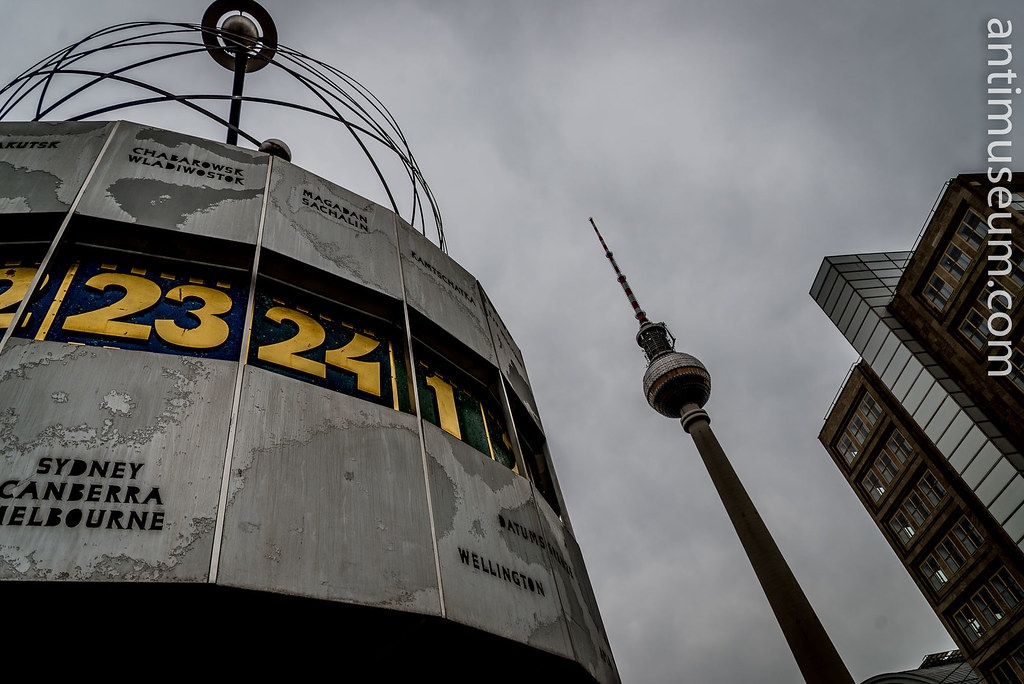 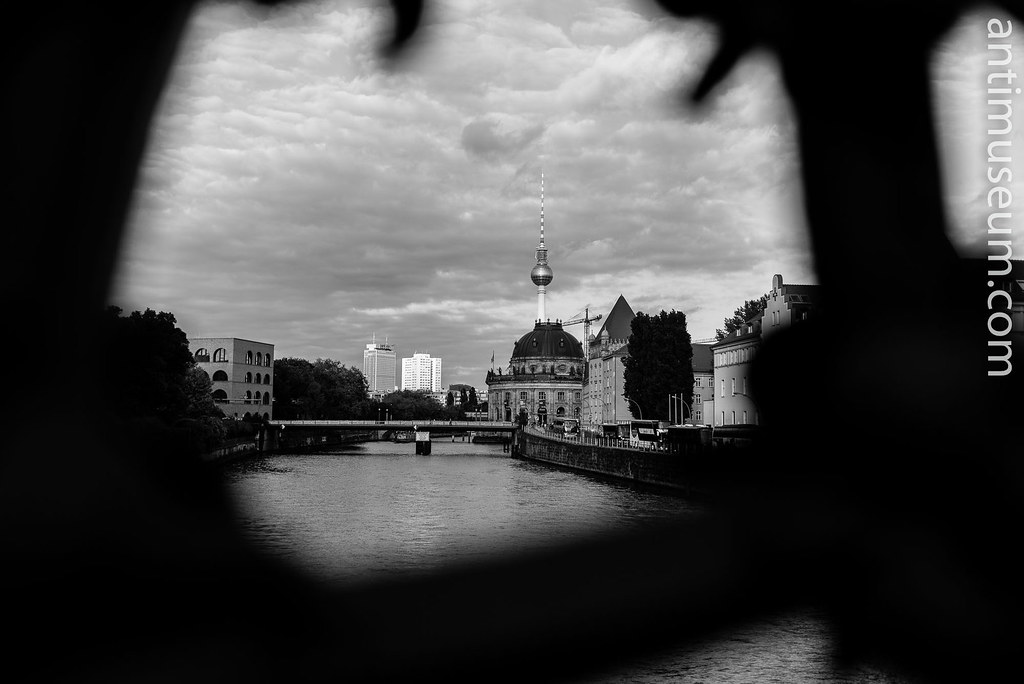 From Chausseestraße (the first street to be liberated in 1989) 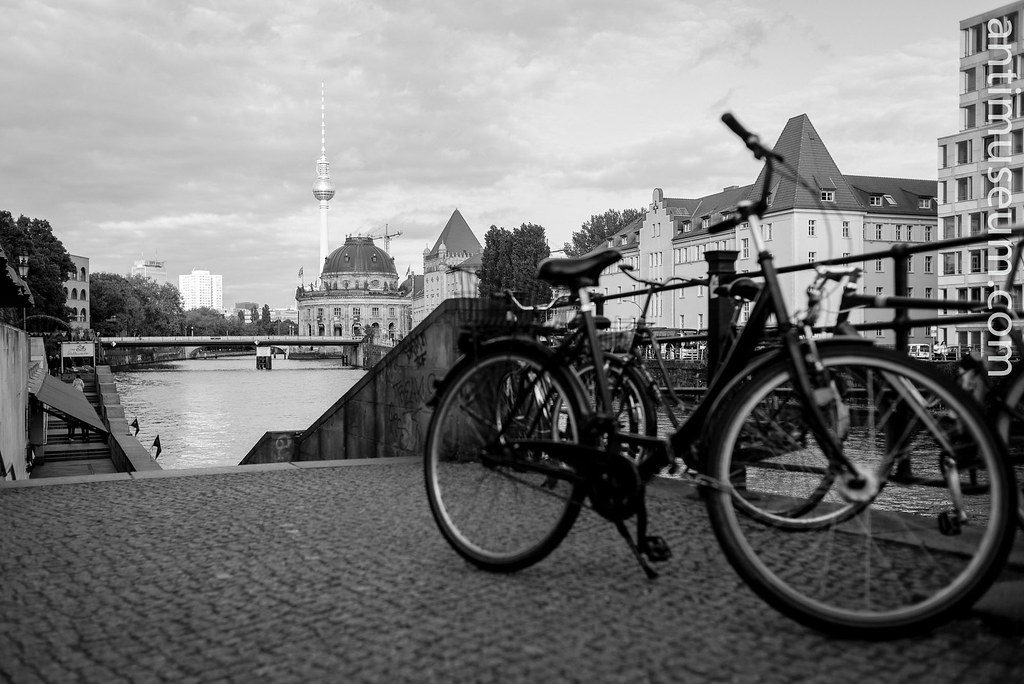 Ditto, with a different angle 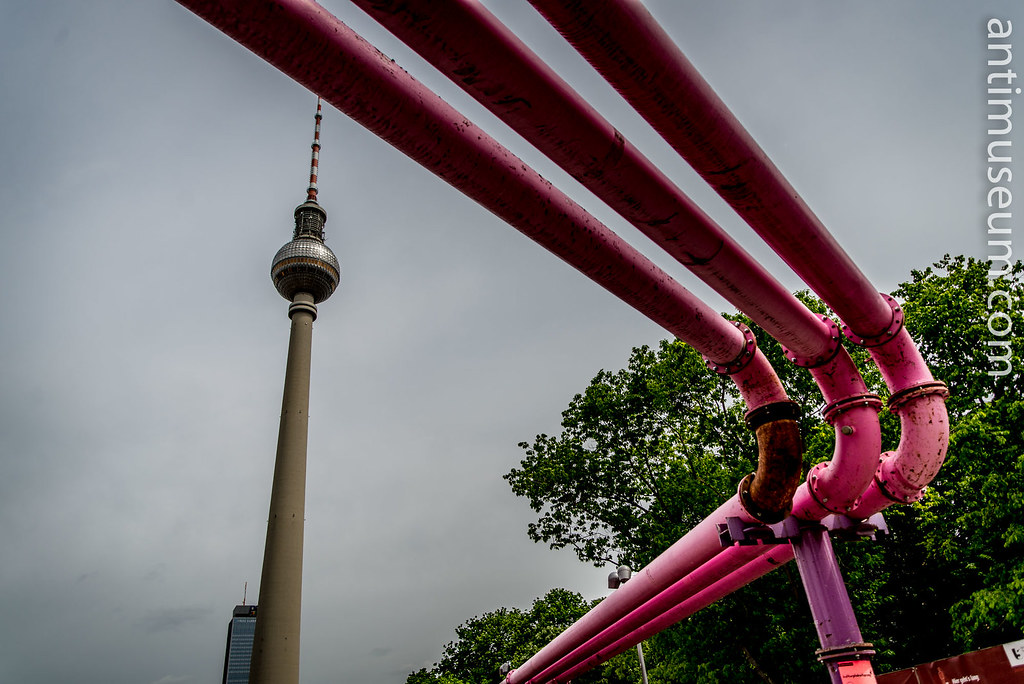 The pink pipes are also a landmark of Berlin. They are meant to be pumping water from the soil because Berlin was built on wetland and pumping, till today, is still needed. Sounds to me like a pretty weak explanation because I can hardly think of a city not built on wetland. The infamous “Slough” in Berkshire to start with, whose name wasn’t even changed (fancy living in a City named Swamp?)

The Palace of Versailles was, for instance, built over a swamp. The whole area had to be drained and was mostly a nasty unhealthy place before the chateau was built.

“Starting in 1661, he [The Sun King] transformed a humble hunting lodge into a glittering palace. He drained swamps and moved whole forests to create 250 acres of formal gardens, tree-lined paths, flowerbeds, lakes, and fountains. And this filled only a small portion of the grounds — the entire estate covered 2,000 acres.

One thought on “From Alex With Love”