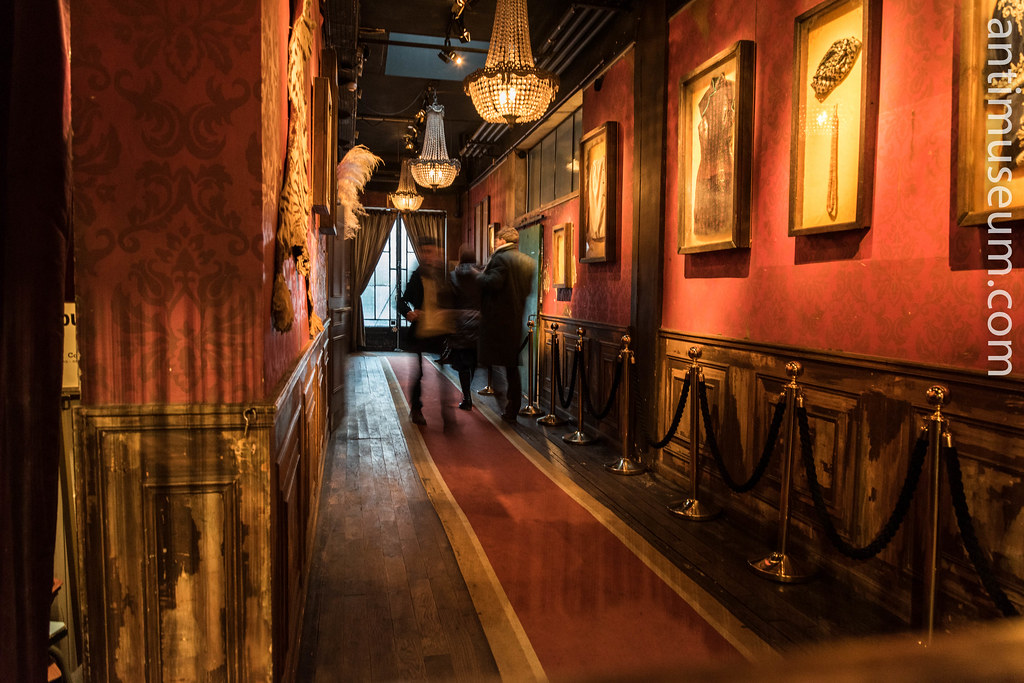 Last night’s challenge was “optimistic” and Krista urged us to post something which showed our mood was bright. So I posted my photos from last weekend, when we went to Le Comptoir Général, a place so hip it hurts. Tucked away in a corner of the 10th district, a stone’s throw from Place de La République, the place where World TVs camped for weeks after last November events, the very place which made you despair from the human race. But no, Le Comptoir is well and truly alive and packed with real people, the kind which is open to all cultures and to the world, and make you feel optimistic and wish none of the other crap had ever happened. 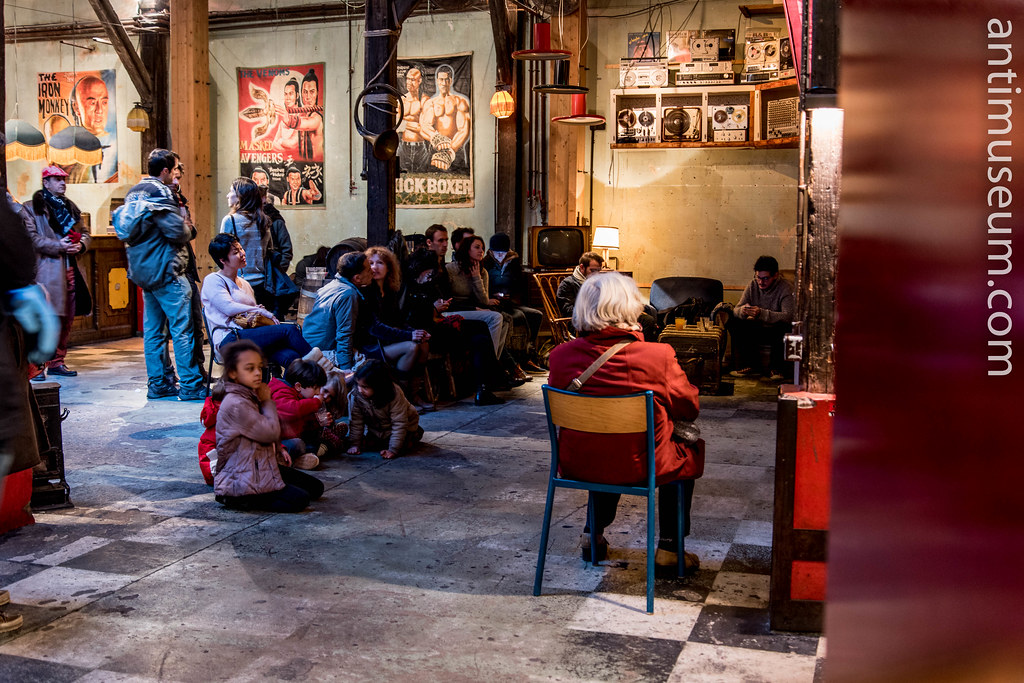 People of all ages were gathered as we entered the room at the end of the red carpeted corridor. From young kids to elderly ladies, all came to enjoy the music. 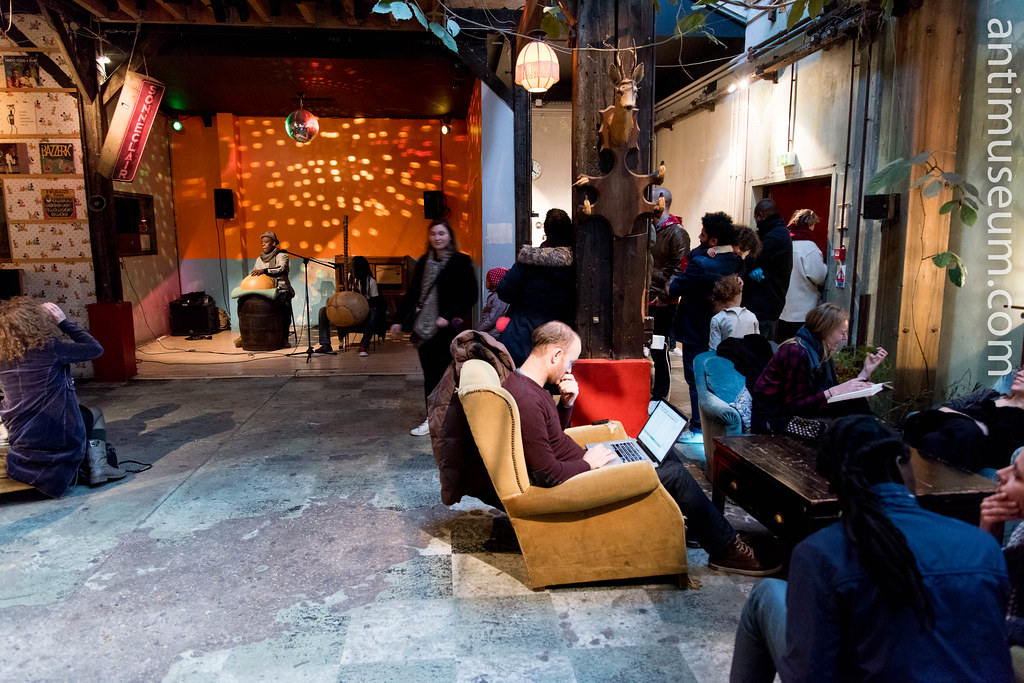 For there they were, filling the room with delightful noise from sunny Africa on this dreary Winter day up North. 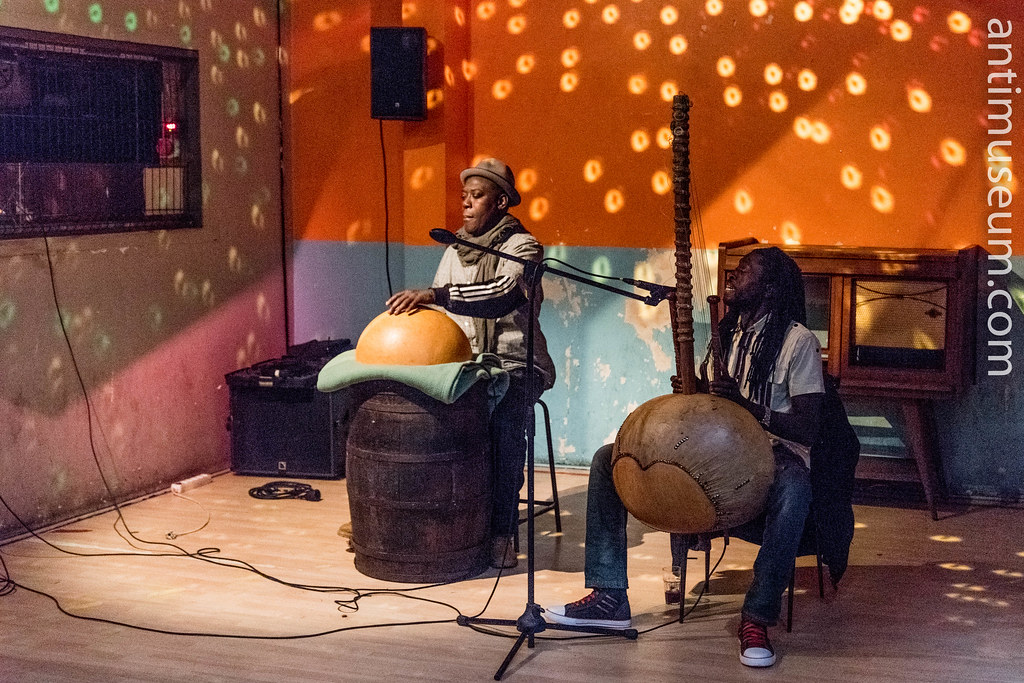 It took me a while to figure out who they were but I managed eventually with the help of the Comptoir’s manager and my wife (strangely enough no one seemed to know who they were on location). The man on the left is named Groove Masta and the singer on the right hand side is Boubacar Kafando. Boubacar’s singing was mesmerising and he proved a real maestro too. His African harp was incredible. He seemed to hardly move his hands and was producing incredibly beautiful and elaborate sounds. His bio on his Facebook page states that he was born in Burkina Faso, in Ouagadougou, the very place where more havoc was wreaked last week. But we are optimistic hence we won’t utter a word about that. We’ll grow a stiff upper lip instead if you allow us to. Boubacar Kafango is dedicated to traditional music. He is from the Mossi ethnic group and speaks the Moré language. He has been in France since 2003. You can contact him at zaama (dot) nooma (@) yahoo (dot) fr. 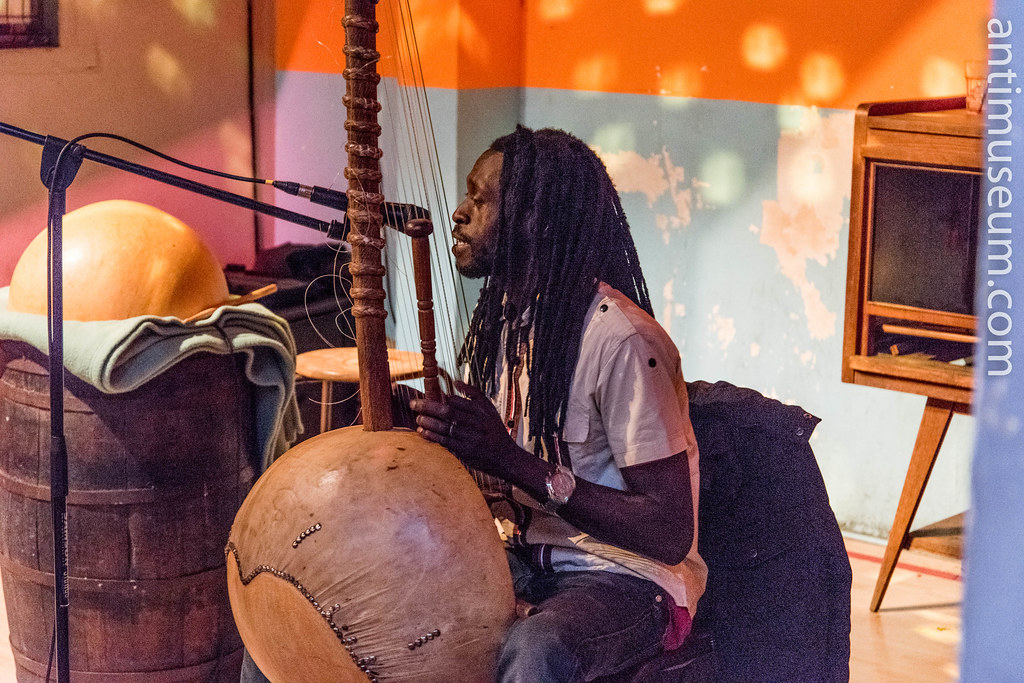 Boy, these two made my day. Groove Masta was so good at percussions that the two of them sounded like they were a band of 10. 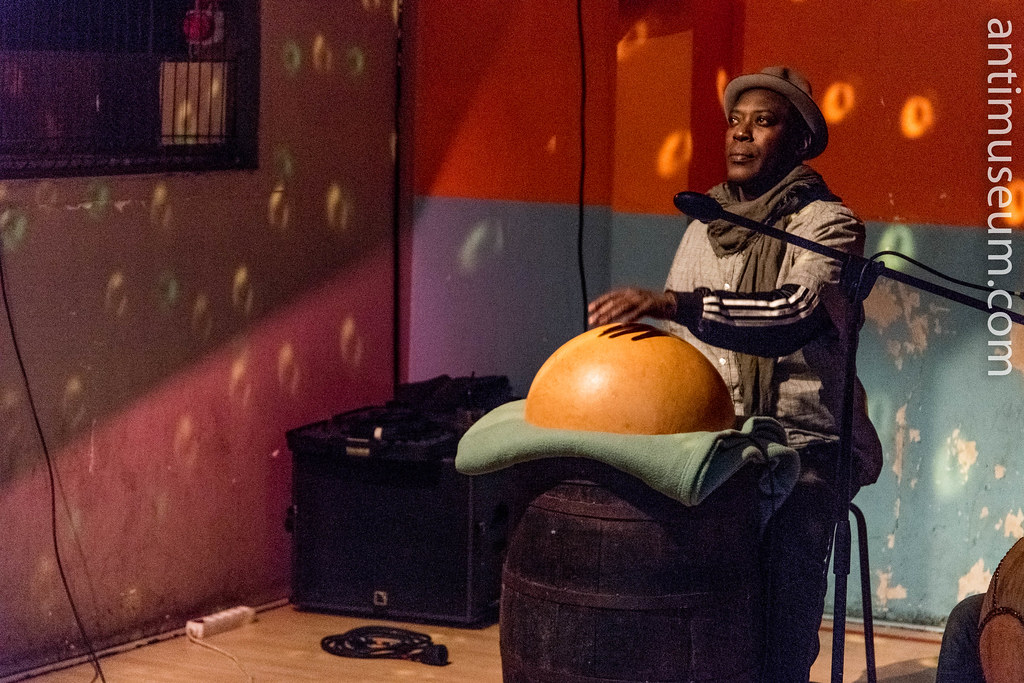 Groove Masta is from Dakar, Senegal. 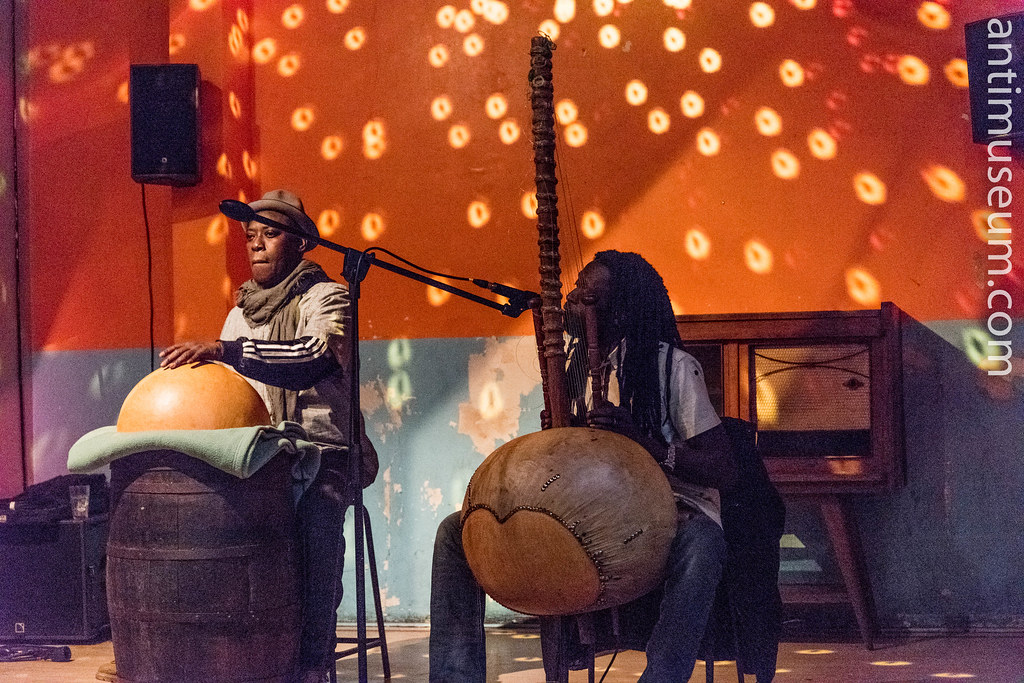 Fortunately, there are videos of these two musicians available from YouTube. In the video recording below this text, Boubakar Kafango explains that people make fun of African musicians when they resort to modern instruments and that’s why he decided to get hold of the traditional ones like the harp he plays. Honestly, if people laugh at these guys, it means they are real phonies. Such music and rhythms are enough to put a grin on your face for a week. And keep you optimistic. As one should always be.

One thought on “Optimistic Photo Challenge”