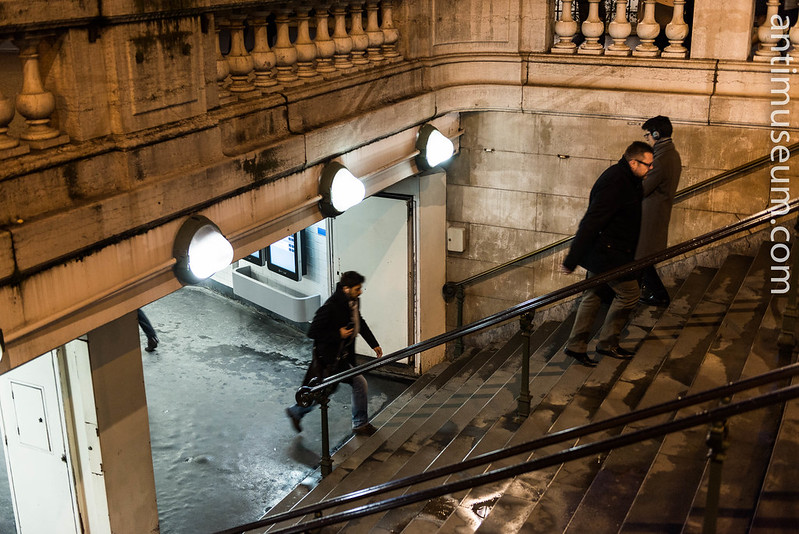 Today, after I left work I managed to get to the second-hand photography equipment shop in time to buy a well maintained sample of an AFS NIKKOR 24-70/2.8 which is, according to Ken Rockwell, “Nikon’s best midrange zoom ever, but that’s expected since it’s also Nikon’s newest and most expensive ever”. Well, that was in 2015 because, since then, they issued an even more expensive lens. As a consequence, this was perfect timing for me to buy this version of the 24-78 mm and save a few euros. I then carried the lens with my D600 and took a few pictures in low light with the 2.8 stabilised zoom lens, which behaves perfectly in all situations. 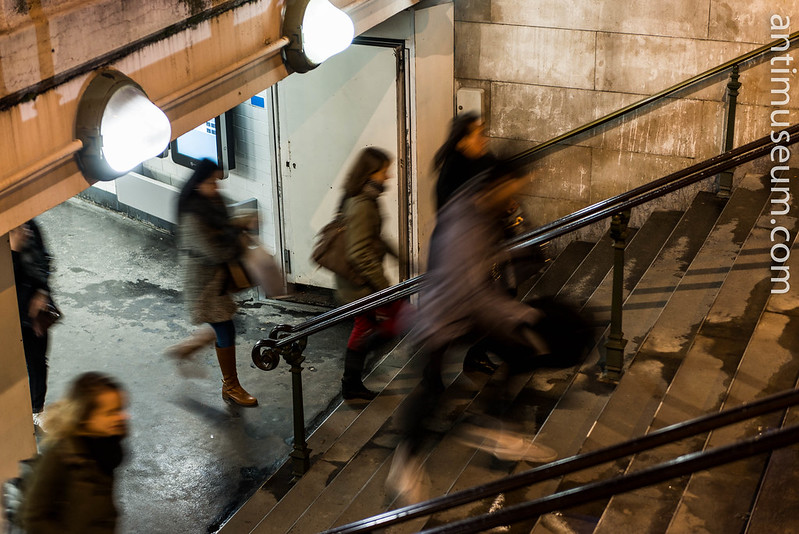 All shots taken without a tripod except the first two for which my camera was propped against the balustrade of the Charles de Gaulle underground station. 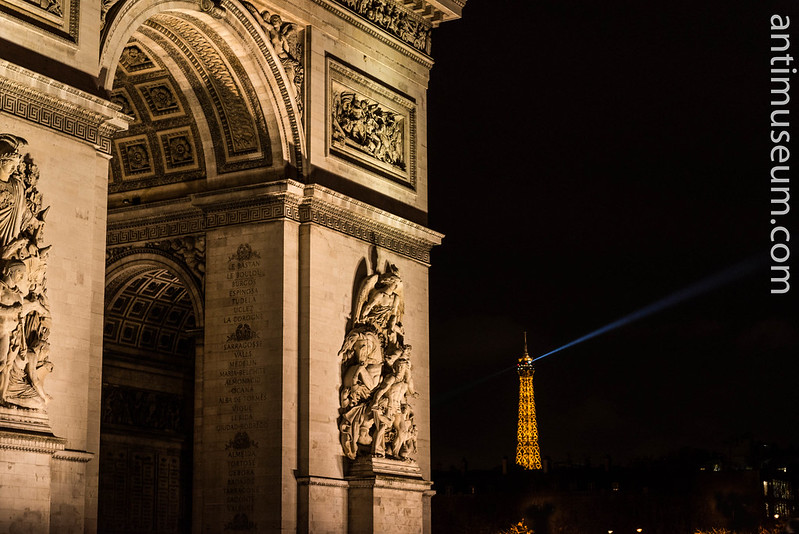 Now I admit to a minor crime: getting rid of these hideous lamplights on the right-hand side. It was nice to have both the Tower and the Arc de Triomphe on the same shot, coming from Mac Mahon avenue. 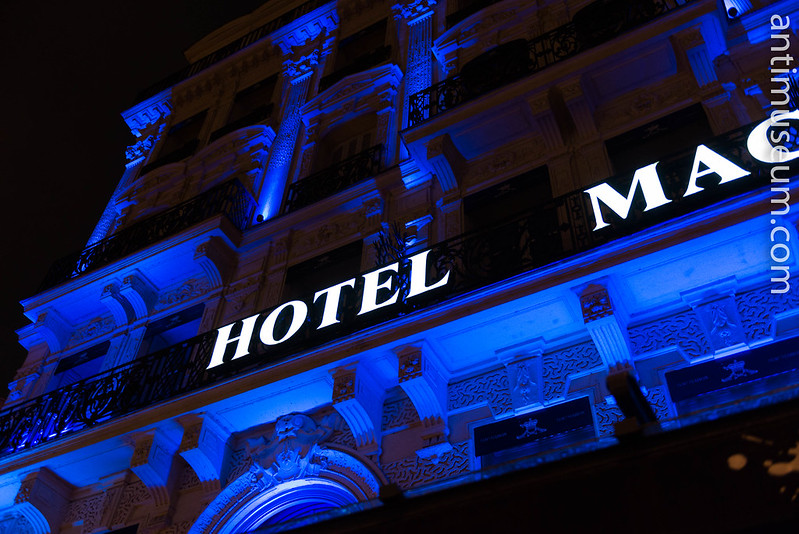 Hotel Mac Mahon in shades of blue (no tweaking). 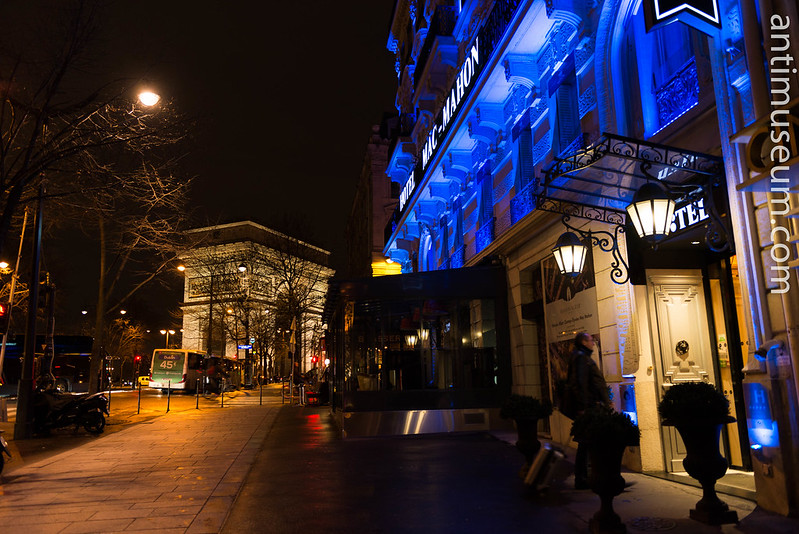 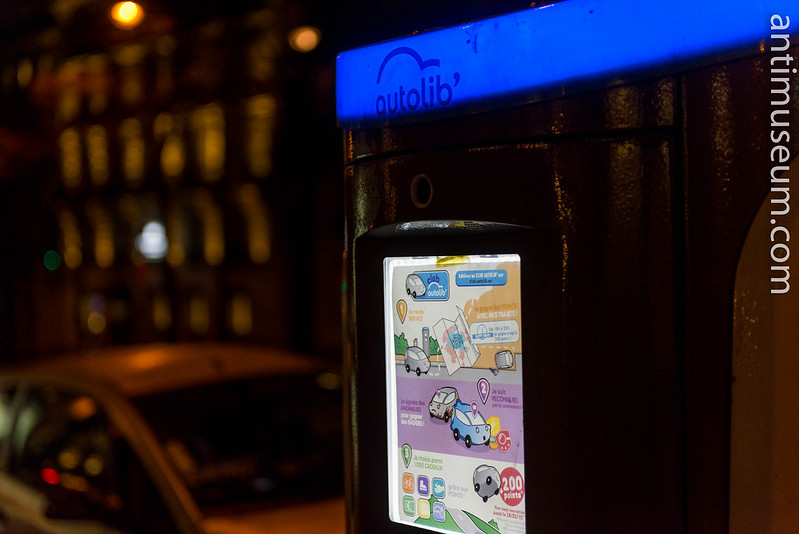 One of the terminals of the electric car-sharing schemed named “autolib”. Soon to be implemented in London. So, after all, Boris isn’t entirely anti European.