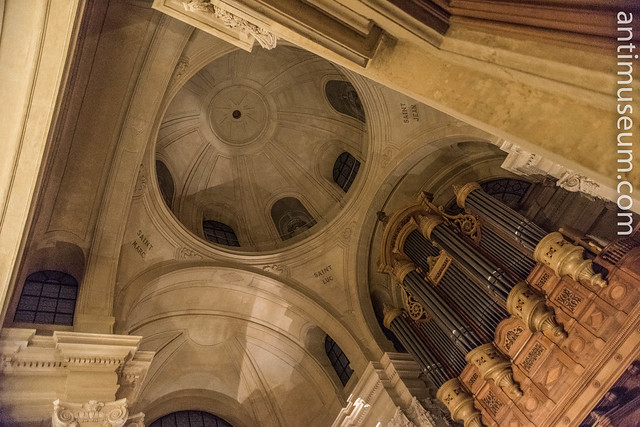 Last night came as an anti-climax. All Fridays after work I sit on my couch with my computer on my lap and head straight to the Daily Post Photo challenge. Alas! Yesterday, there was none, so I took my Kindle and went to bed. Fortunately, this morning, I discovered the “Harmony” challenge. As I make photos for the choir of the Paris 14th district, I chose a selection of pictures from their latest Dido & Aeneas concert. It was carried out at the beautiful Protestant Church, Temple de Pentemont or Pentemont Abbey, rue de Grenelle in the 7th district of Paris. I was able to take stairs and secret passages to a platform way above the stage and take pictures of the choir and the orchestra from above. 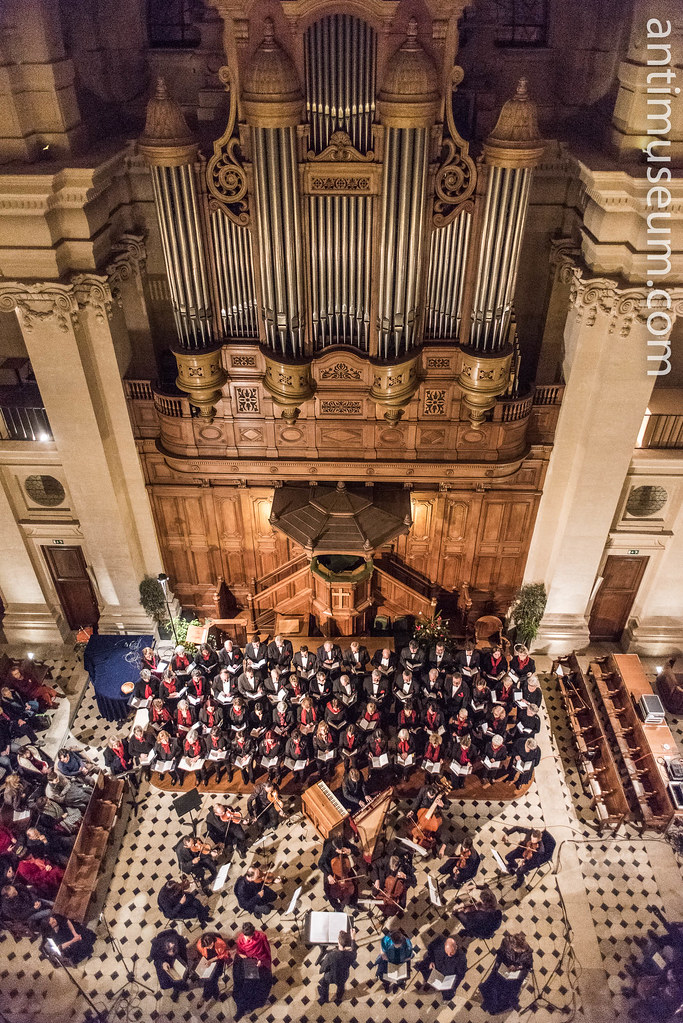 This shot cost me a few efforts and I had to fight my way through secret passages carved in the wood panelling of this beautiful and crooked 18th century building (originally a Catholic Abbey but turned into a Protestant Church (temple in French) later on. Fortunately the wars of religion are over). 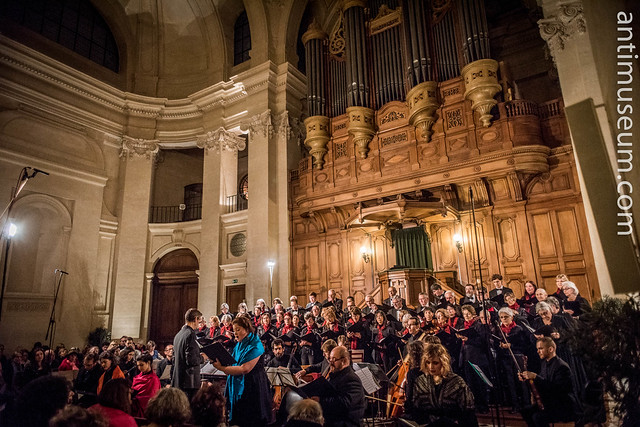 A view from the ground-floor. 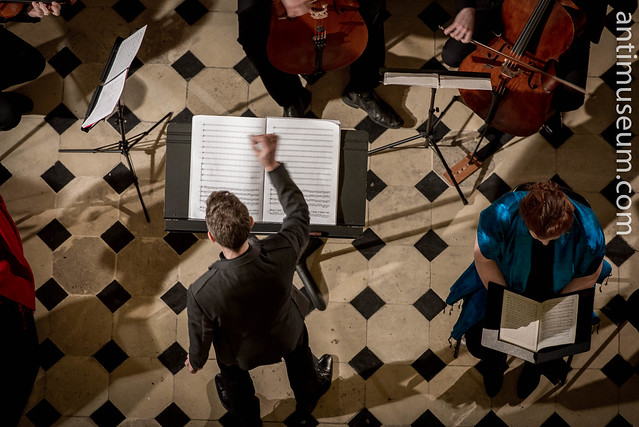 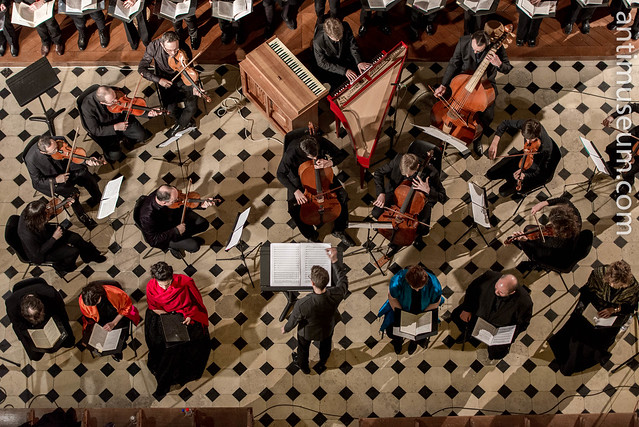 And the rest of the chamber orchestra. 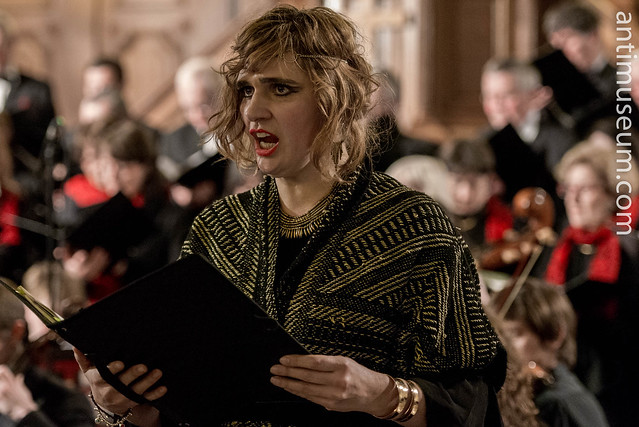 She played the wicked witch and really looked like one. She was immensely successful in that difficult but very expressive part of Purcell’s Masterpiece. 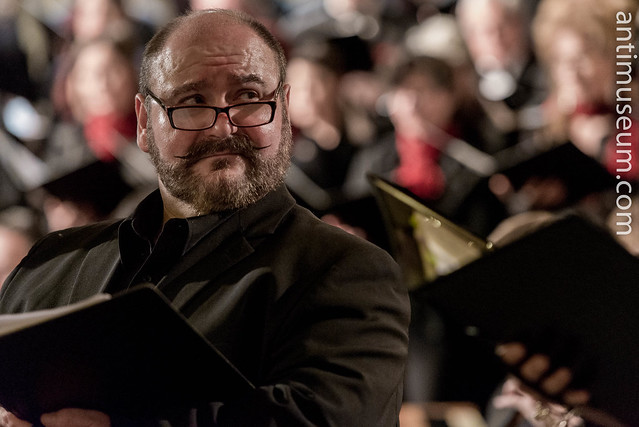 Harmony too in the way the Barytone was trimming his moustache.

Harmony isn’t limited to music. I could have chosen Harmony in painting too. As it happens, I am also a watercolourist. Or at least I used to be.

9 thoughts on “Harmony in Pentemont Abbey”