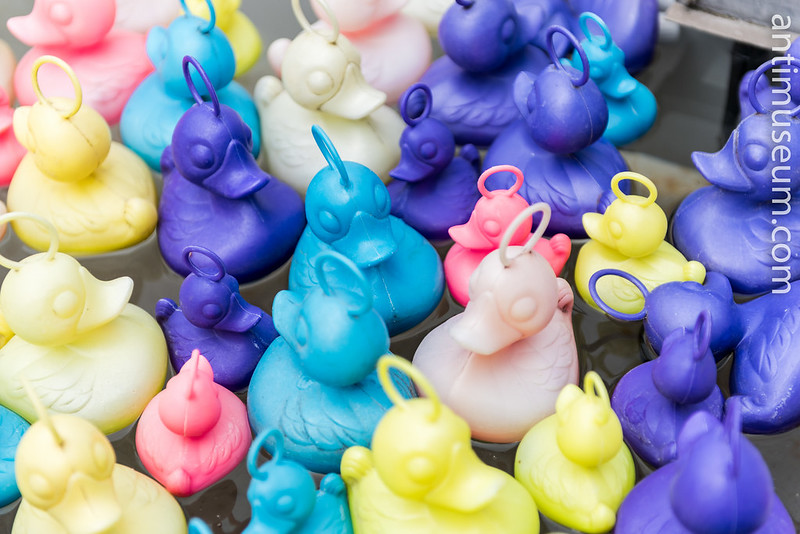 A duck fishing game in Cannes. All colours bleached by the Sun on the French Riviera  although it wasn’t that sunny when we were there last May just before the festival.

Meanwhile I discovered the Tilt Shift craze with software like Tiltshiftmaker which make it possible for you to turn any photo into a tilt shift. I used to know the effect as the “miniature” filter directly applied on my Nikon cameras. I applied the filter on the duck game scene and here is the result:

Tilt shifts are flavour of the month but as all fads they shouldn’t be abused (the above picture showing the limit of this exercise). Tilt shifts are more effective with landscape pictures and mostly pictures taken from above as in this shot taken from the top platform of a lighthouse in Normandy. In this instance, the picture was tilt shifted directly on the camera.

One thought on “Duck fishing game (and musings about tilt shifts)”