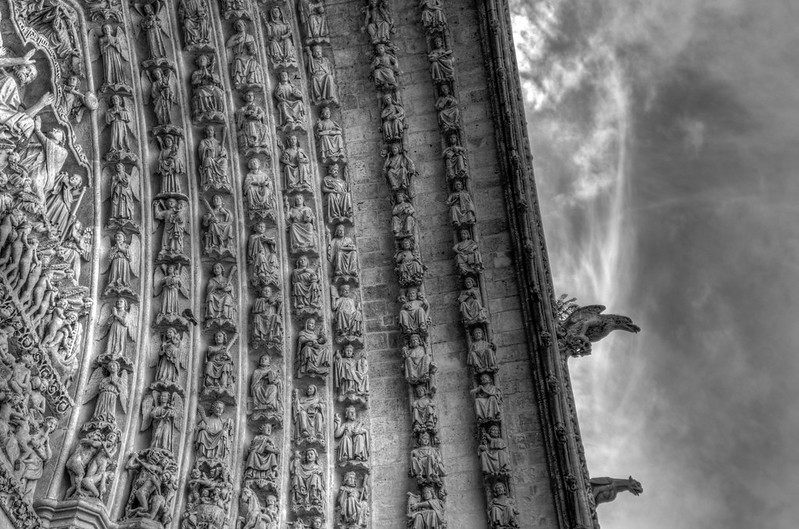 I am a Breton, but my Mother’s family is from Picardy. Way up North. This area’s Capital town is Amiens (Pronounce Amyuuuuun – very nasally – yes I know you can’t do that. Too bad). Amiens’ gothic Cathedral is one of the world’s most beautiful. It was completed in the thirteenth century. But this is not what’s most astonishing about this Cathedral. OK, it’s one of the tallest, but this is still not what makes it stand out. 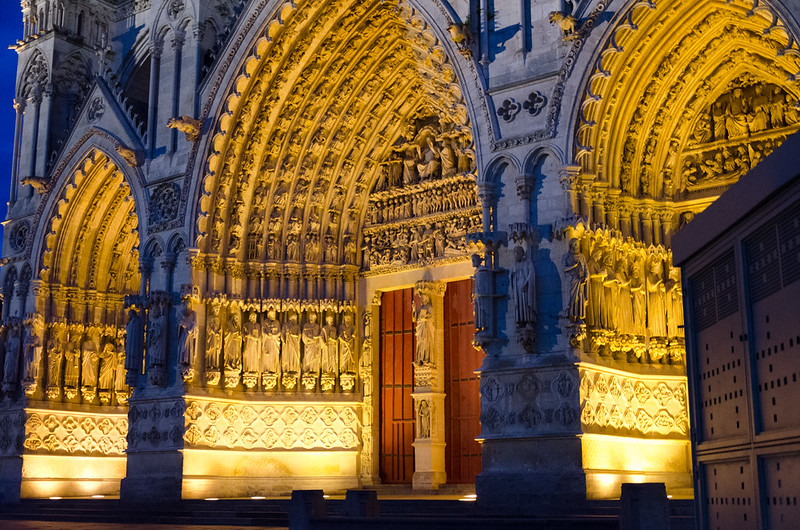 What really makes it special is that at the end of 1918, roughly a century ago, there wasn’t much of anything left standing for hundreds and hundreds of yards around the Cathedral.

And when the mayhem started again from 1940 till 1944, more destruction took place. But the Cathedral is still standing. And Lord is it beautiful. A lot better than Paris’ Notre Dame, but that’s me being partial of course (it’s way taller and bigger than Notre Dame).

You can catch a glimpse of the result on the right-hand side (photo courtesy of a French blogger).

Knowing it’s still there after what happened, is a bit of a cherry on the cake in itself.

In fact we nearly had no cake on which to put the cherry on, but we are grateful for those artillery men who were able to aim properly.

When we last went there in Summer 2012, four years ago, we went to see the sound and light show. I had heard about it but never seen it. With special lights and projectors, the organisers are able to bring back all the colours that used to exist in the early days of the Cathedral. It’s hard to take pictures and realise how nice it is so you will have to buy a ticket and get there to find out. 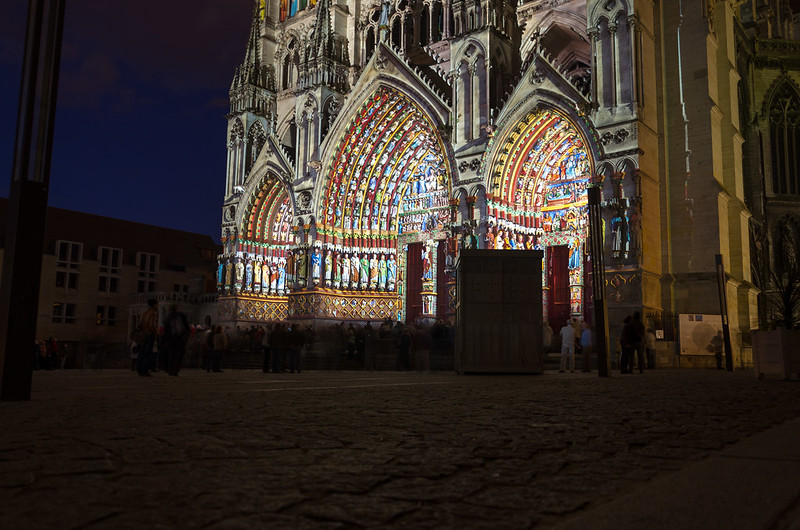 That was my cherry on top. The Cathedral is enough of a treat from an architectural and photographical viewpoint as it is. Knowing that we may have never seen it is even more of a treat. Having the colours on top really was the cherry on the cake. 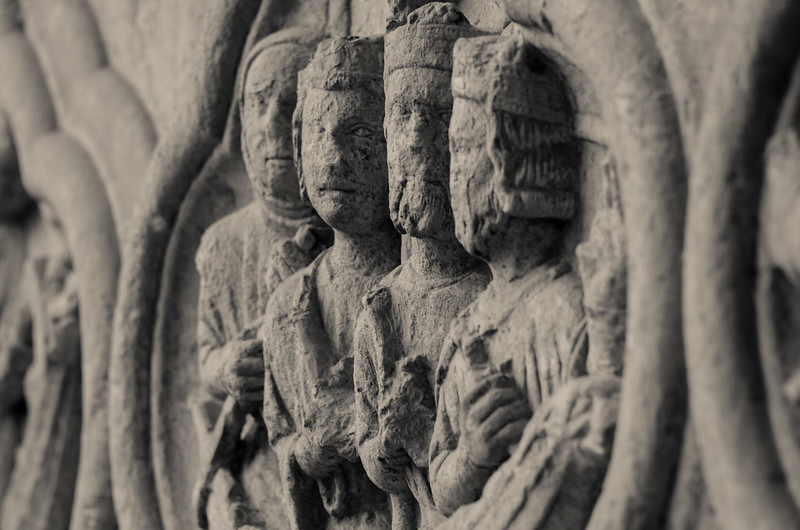 And cherries on cakes, for a gluten intolerant person like me don’t come very often for cakes, however good they may be, are just an old and fuzzy memory. At least, I can always have the cherry. Thanks to the nice people from the Daily Photo Challenge for their weekly suggestion.

9 thoughts on “The Cherry On The Cathedral”