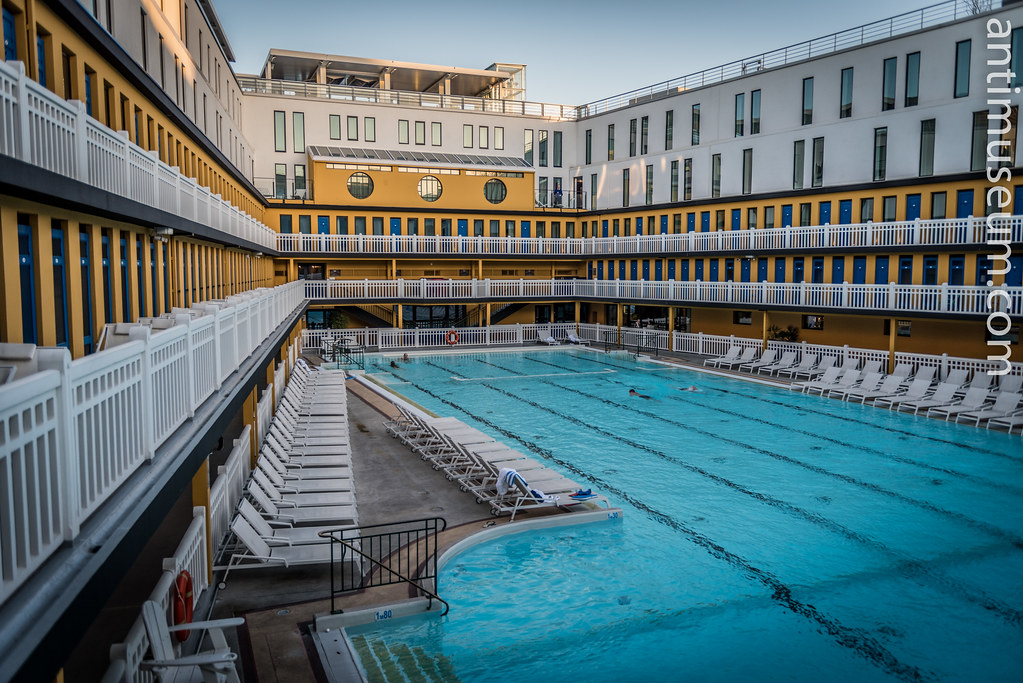 When we visited Piscine Molitor on Dec 3, 2016 it was nearly freezing. I wasn’t expecting to see people swimming in the outdoors pool but there were quite a few in fact. 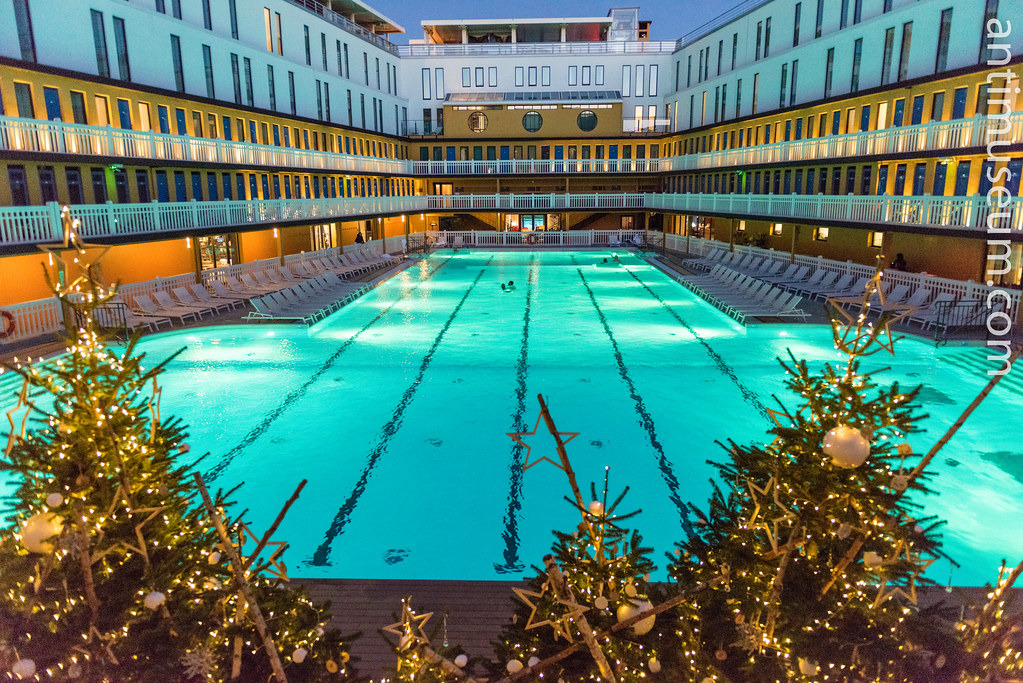 The 1929 Swimming pool (there are two of them, one indoors, one outdoors) was inaugurated by Johnny Weissmuller. Before he impersonated Tarzan, Weissmuller was a US Olympic swimming champion (he took to swimming after he contracted Polio in order to fight the disease). The pool is also famous for the introduction of the Bikini in 1946. 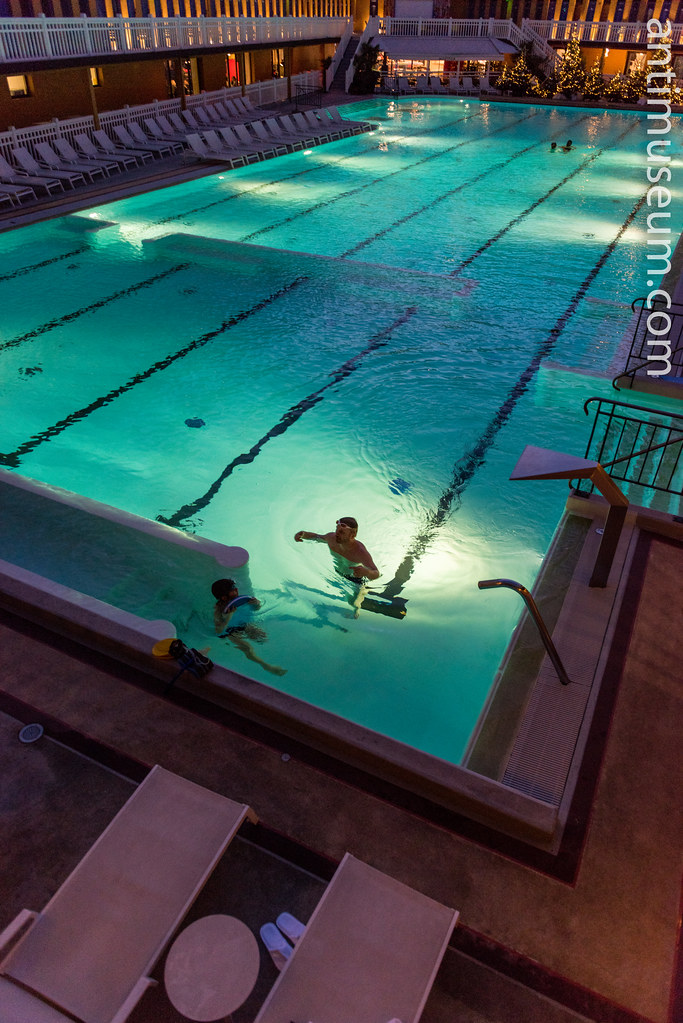 In the footsteps (or breaststrokes rather) of Johnny Weissmuller. 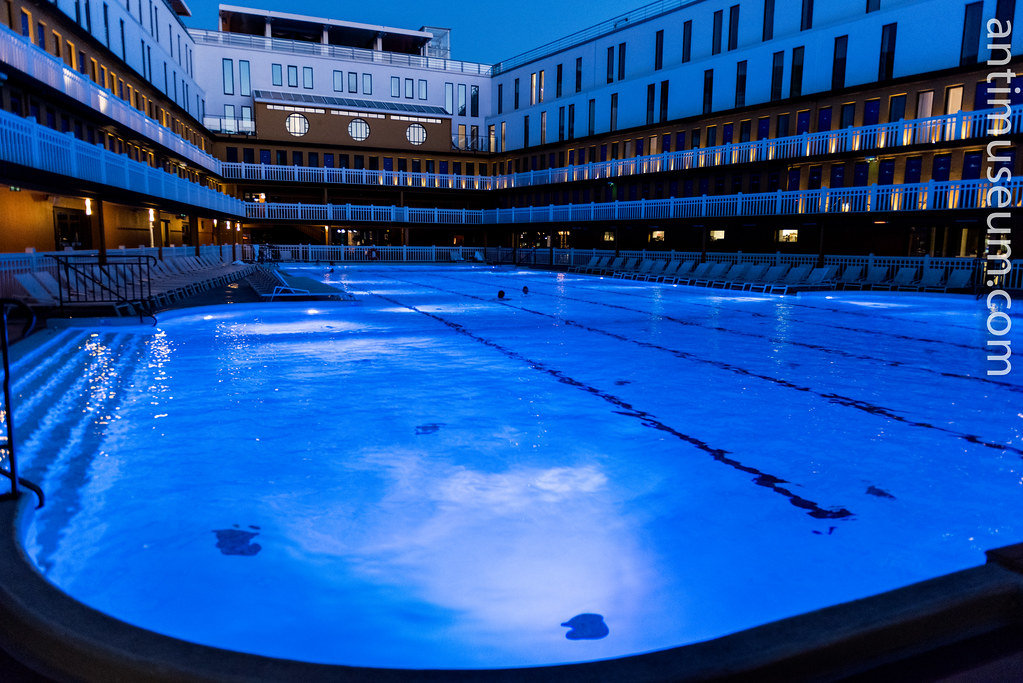 At night, the pool takes different colours. That didn’t exist in the 1930s.

[Photo (cc) Wikimedia commons: Piscine Molitor indoors pool in 2011, one year before it was destroyed and rebuilt]

The building was razed to the ground in 2012 and rebuilt from scratch. Even though it was a listed building, its exterior has been painted a garish yellow which hasn’t much to do with the original 1930s whitewashed walls. The original concrete was said to be too deteriorated and had to be taken down. Well, bottom line is that it’s neither a true 1930s building nor a true modern 21st century building. Both sides seem to be squabbling but at least it makes for nice pictures. 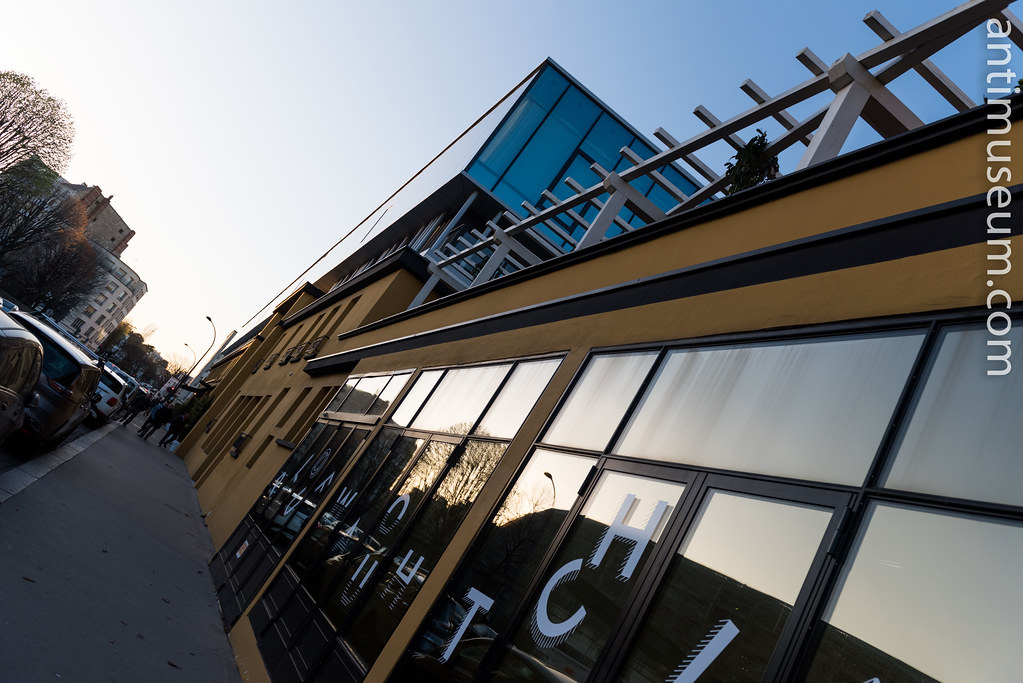