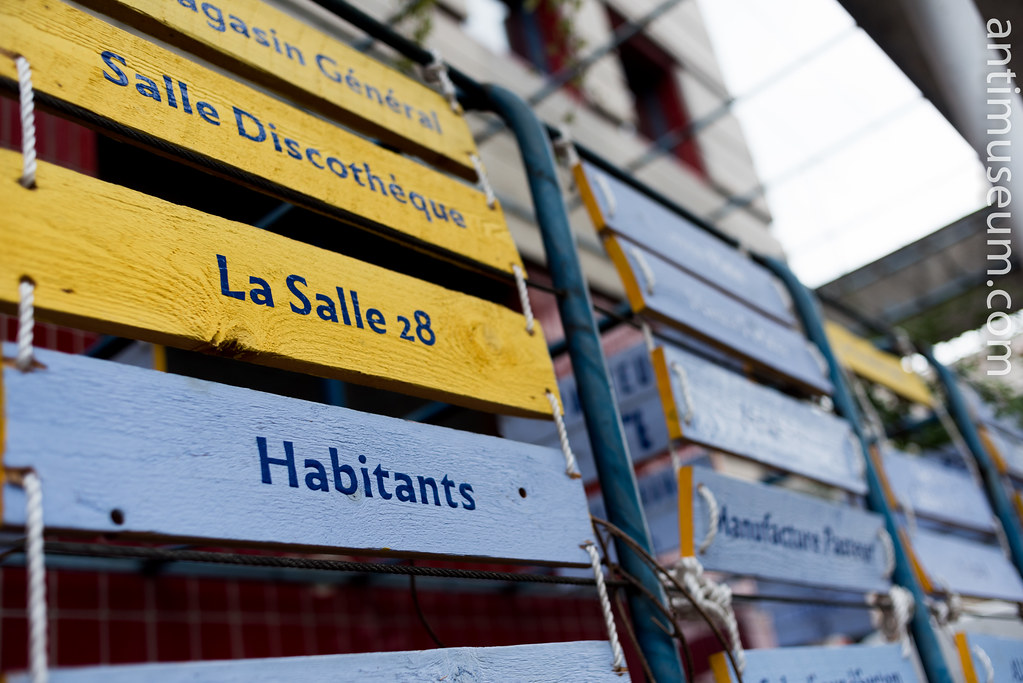 I’m not too good at repurposing but there are people who are. And as my wife and I are downright against the idea of throwing anything away which could be useful, we often load some stuff in the boot and drive to a nearby hospital (St Vincent de Paul) which has been weirdly renamed “les grands voisins” (our big neighbours, and I have no idea why they are deemed big). There, it’s the entire hospital which has been repurposed. We love this place. I spent last night reformatting and preparing my 7-year old computer so that it can be left at the recycling charity shop there and I’m sure someone will be very happy to have a great computer in full working order. Even though it’s a bit old, it’s still doing the job. 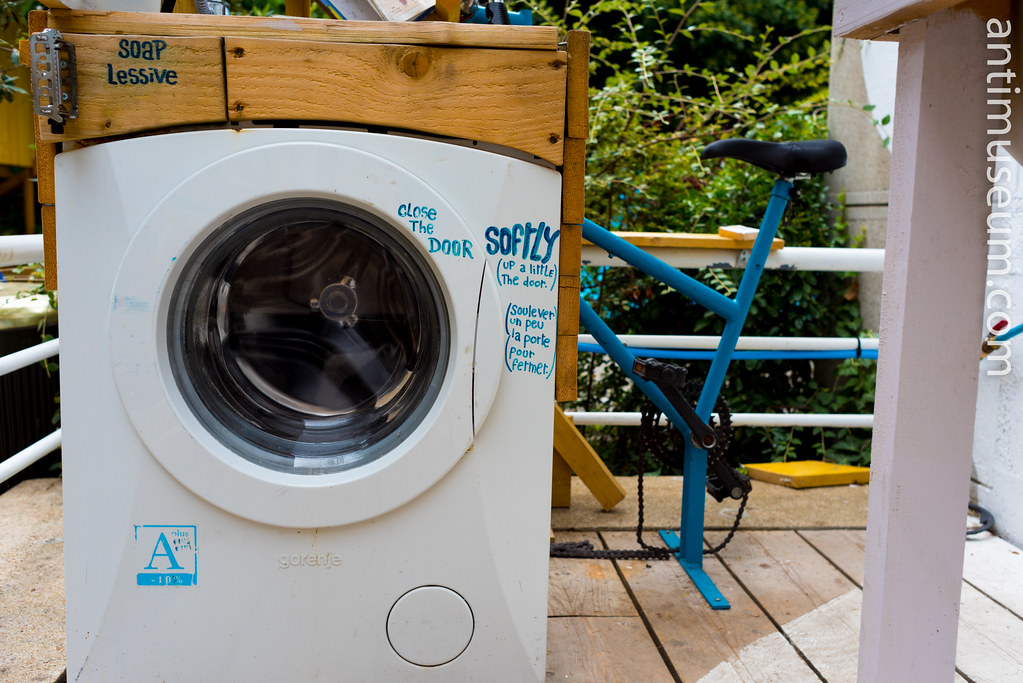 Everything is repurposed there, be it for Art’s sake or for washing the linen. 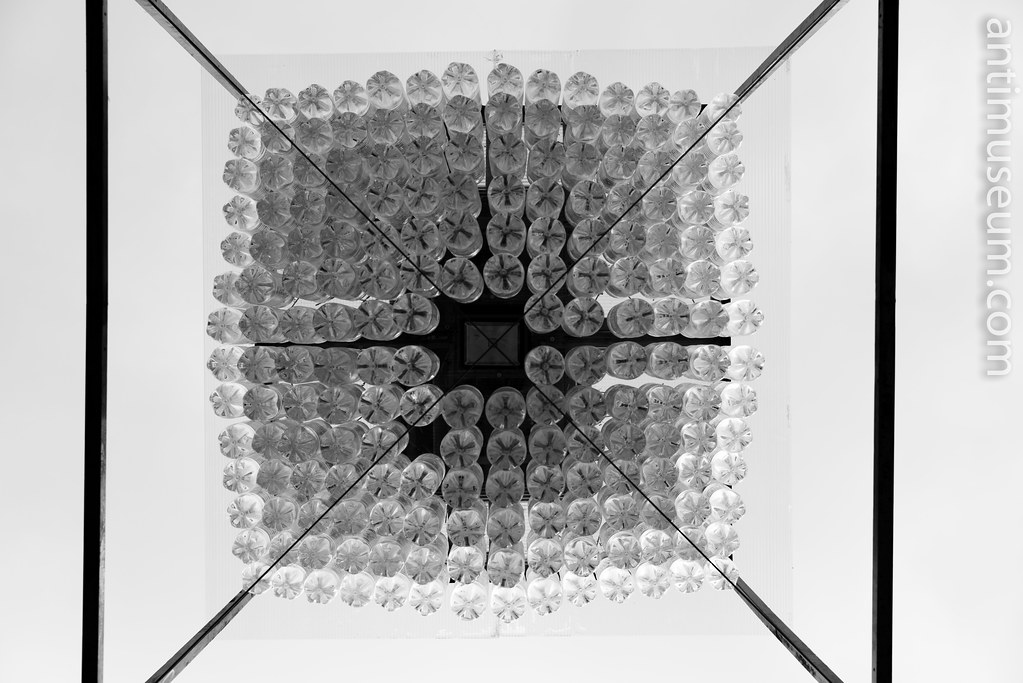 Now this is Art: a streetlight made of plastic bottles. 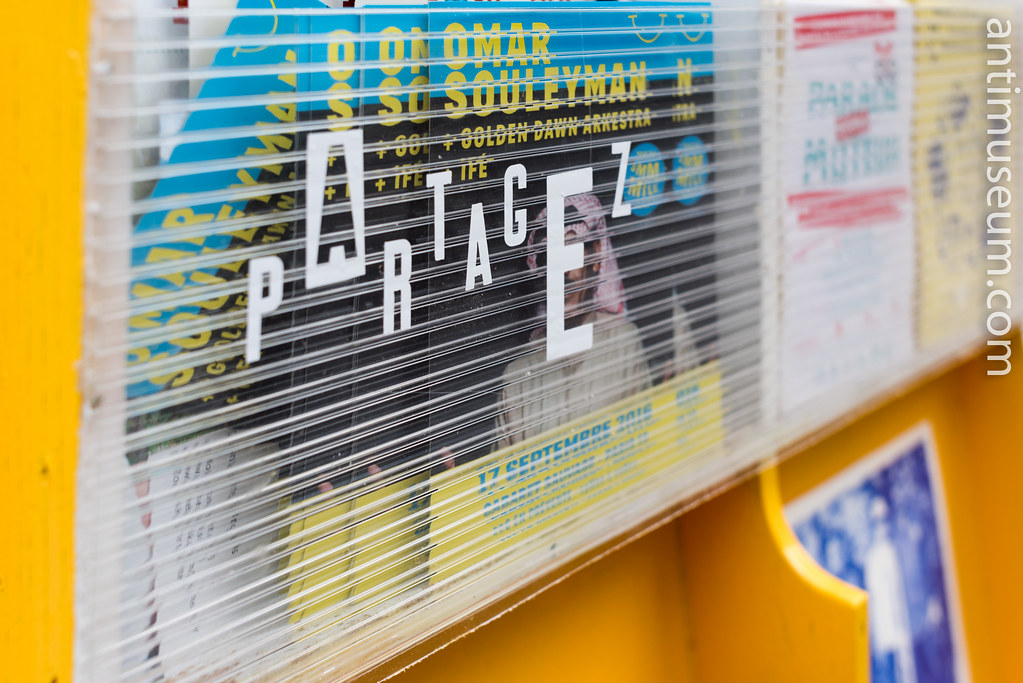 Sharing (“partagez”) is their motto. A nice one at that. 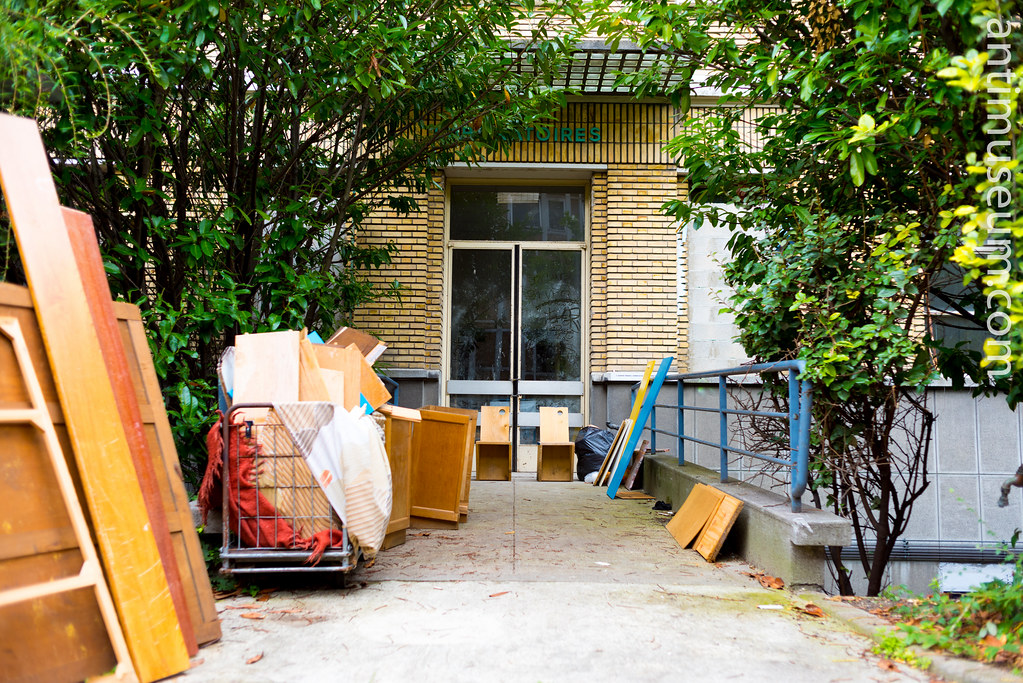 The whole building is about nothing else but repurposing.