Today’s challenge is “bridge”. A nice one indeed. There are 37 bridges in Paris. Bridges always make for nice pictures but they tend to be very difficult to capture. This is why I often opt for a Dutch Angle as in the above picture of the Pont Royal, a Regal bridge for sure, built by the inevitable Louis XIV, yet rebuilt many times (1850 for its current state). In fact, when visiting the bridges with a lecturer the other day, I was shocked to learn that almost all the bridges over the river Seine had been rebuilt, including Pont des Arts and Pont Neuf. The latter isn’t only the oldest Paris bridge, it’s in fact the newest. I cross this bridge very often as it’s on the way of Bus 68 which goes from my place in Denfert to my office in Trinité. 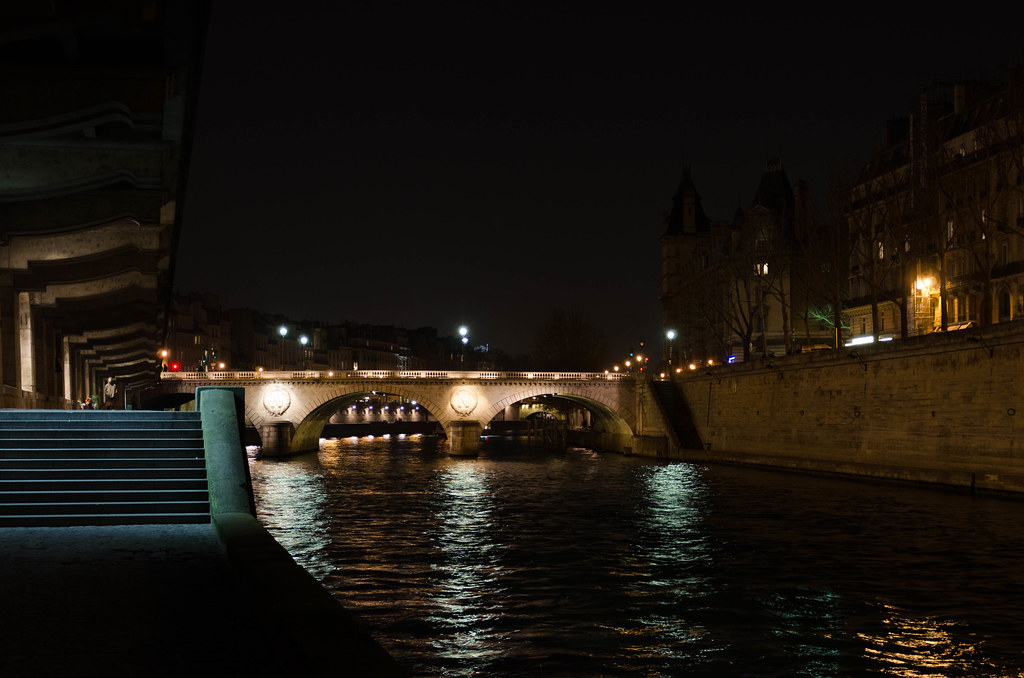 At first I thought I’d have plenty of pictures to show but it took me a while to figure out which ones to choose. Here’s Pont au Change at night. As shown by the “N” insignia, the current version of this bridge was built by Napoleon III in the 1860s. There were quite a few versions of that bridge. It derived its name from the bureau de change which had set up shop on the old bridge (the bridge with the perfume shop in Süskind’s The Perfume” which collapsed in the river in 1616 and burnt to the ground in 1621). 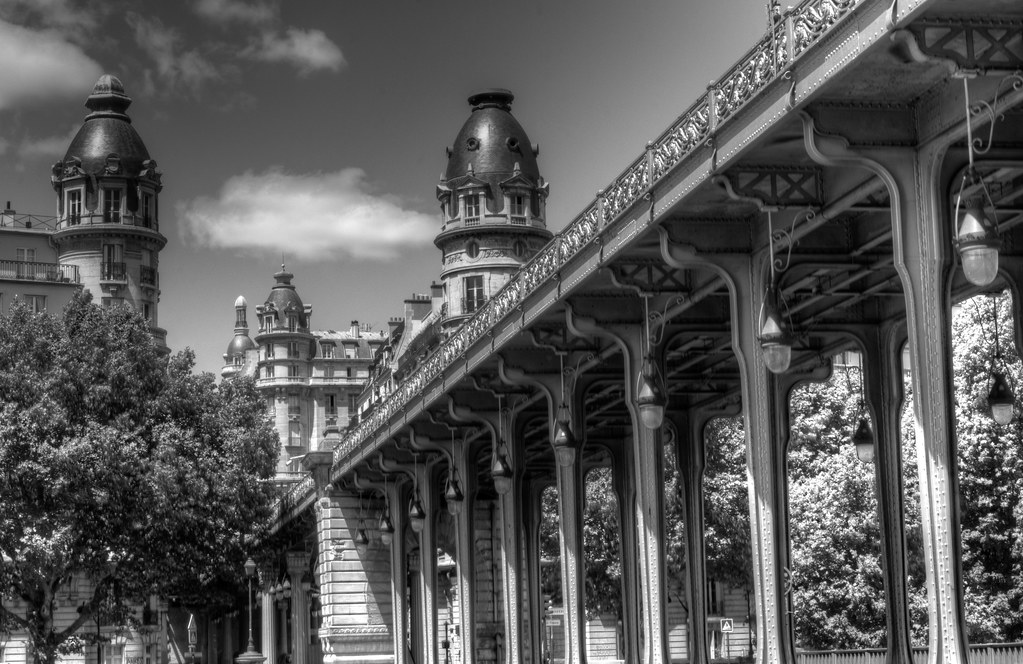 Quite a few years later, from 1903-1905, the Art Nouveau two-storied Bir-Hakeim Bridge was built. It not only crosses the Seine, it’s also an extension of line 6 of the underground train, which ceases to be underground at that moment and for a long stretch all around the Southernmost part of the City (in those days, now, it’s right in the middle). I use this line quite a lot as it takes me back home. True Parisians cannot care less about the Eiffel Tower. It’s for tourists they say. I was born here but left the City when I was only 2 and only came back in my late 20s. Hence, I’m still a bit like a tourist and when I cross the bridge there, I cannot help look at the tower (right of the picture, but you cannot see it here). It’s really beautiful and I’m amazed at the fact that people – even artists – wanted it to be destroyed after the great 1899 universal exhibition for which it was built. This picture also reminds you of the Last Tango In Paris, and many other films, I guess. 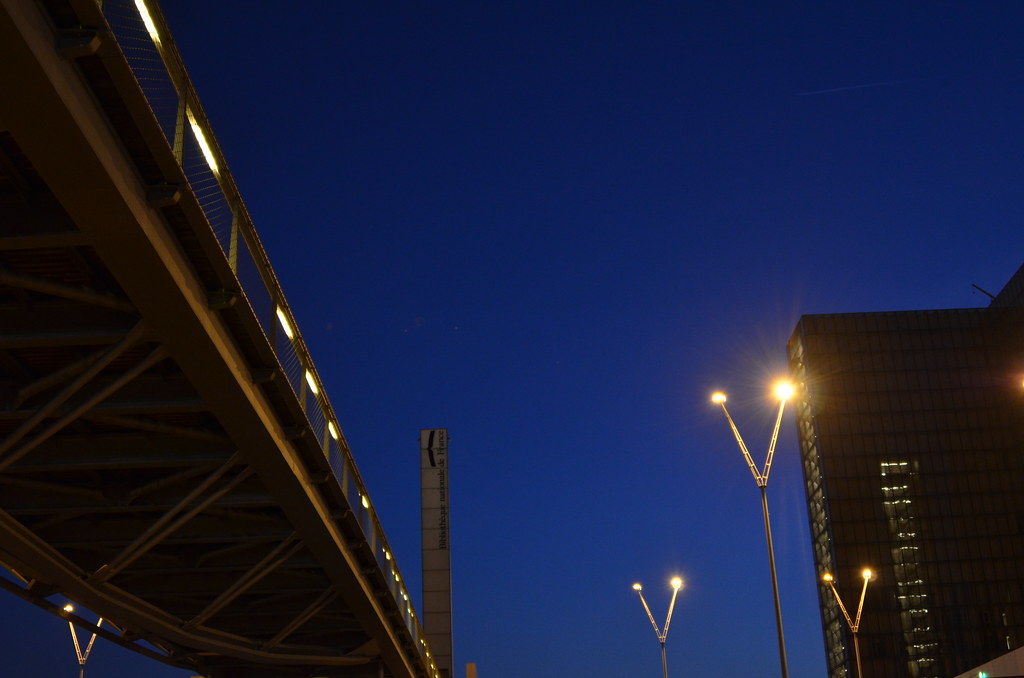 There are also new bridges like the Passerelle Simone de Beauvoir, which was built in 2004-2006 to mimic the millennium bridge in London. Well, that’s my interpretation anyway. It’s quite scenic.

Yet nothing beats the Alexandre III bridge, named after the Russian Emperor and built in Art nouveau style from 1896-1900.

What I prefer in that picture is the “I love you Oh Seven” graffiti.

I love that bridge and I’m not alone.

We all love looking at bridges, like my friend Yves on the river boat, from which you can view (almost) all 37 bridges in one go.