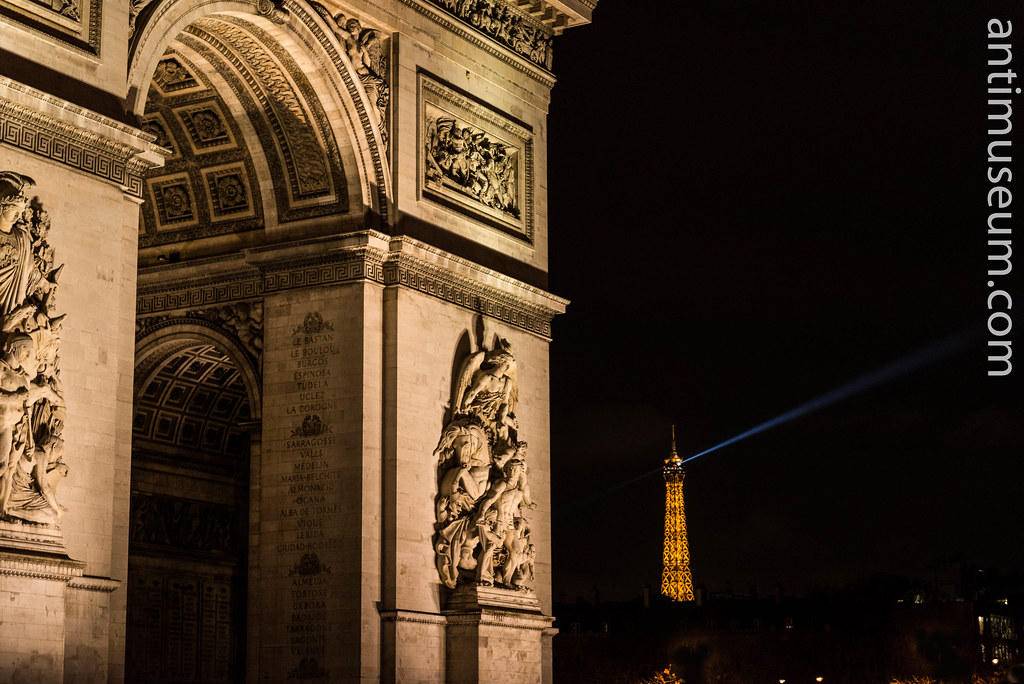 In the 1900s (1888-1902), a famous engraver and artist, Henri Rivière, published 36 block-printed monochrome views of the Eiffel Tower. They were carried out in the Japanese fashion, with woodblocks and limited colouring. He signed his name in the manner of Japanese engravers like Hiroshige or Hokusai. After a few prints, the blocks had to be thrown away. He would position himself in various places of the Capital City and take a peek at the Eiffel Tower from the most improbable places. The Tower would then become central to his sketches, even though it was sometimes hidden. I am an admirer of Riviere’s work, and I have my eyes set on one of his engravings of my beautiful native Brittany. As such, I often try and mimic his work as here above from the Arch of Triumph (You have to walk around to the other side to be able to get this view) 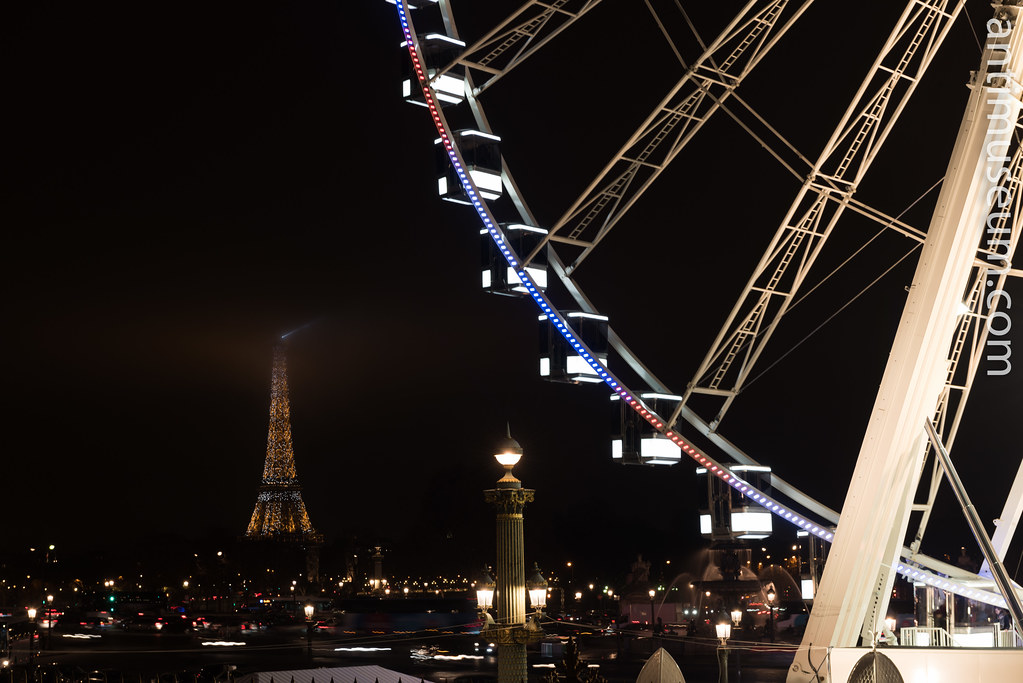 From La Concorde, ideally positioned from within the Tuileries, above the square. 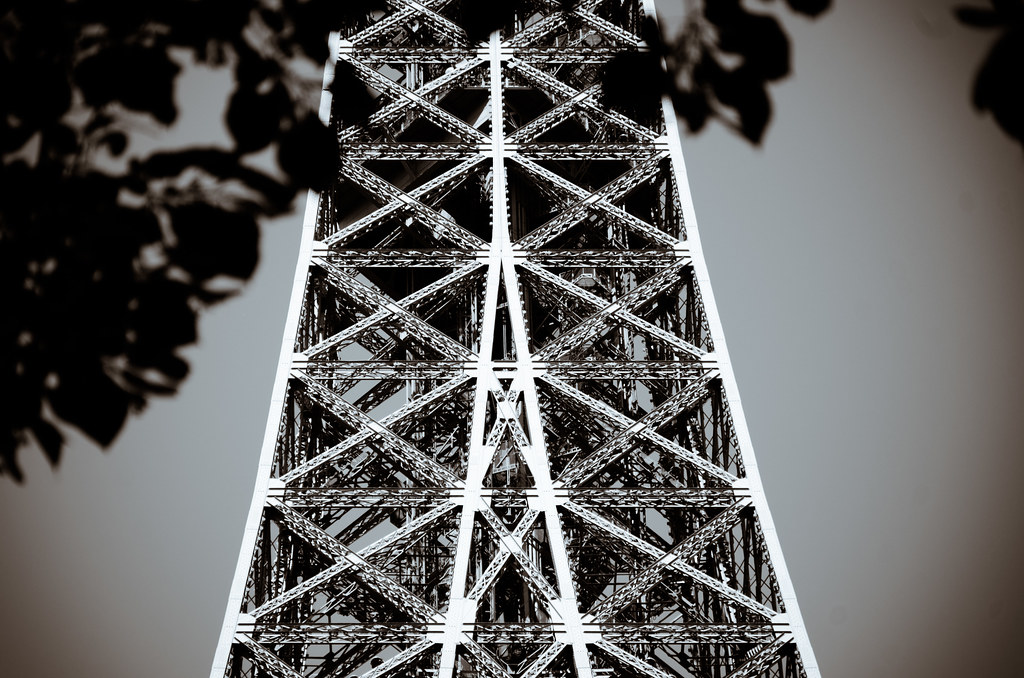 Hidden by the trees, as is Riviere’s no. 31 frontispiece engraving. 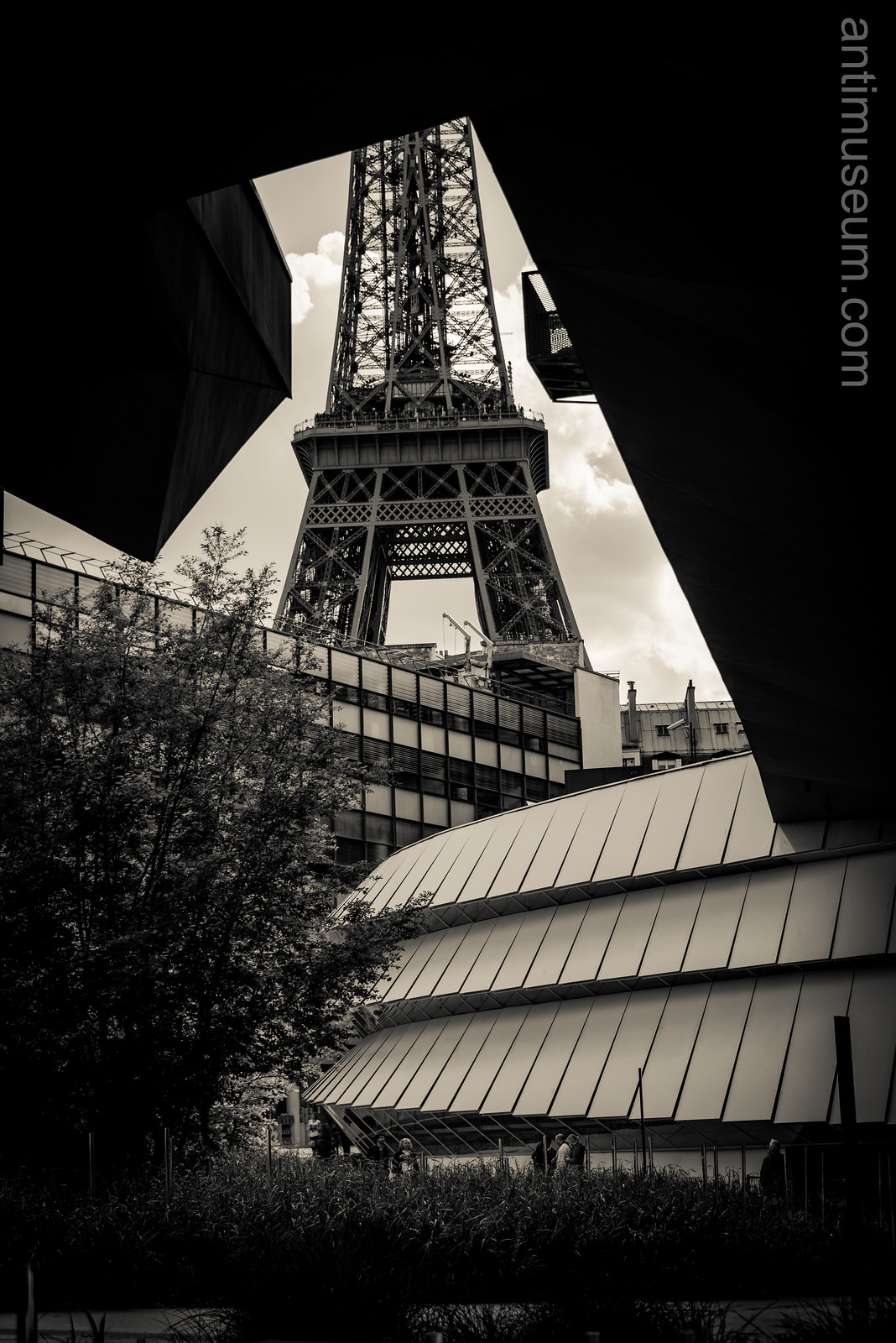 From the Quai Branly museum. Riviere would not have been able to make that one.

The French National Library (BNF) now offers a virtual tour of Riviere’s beautiful work. Imagine cycling on the Place de la Concorde with no pollution other than horse manure. Well, maybe not so great after all …

4 thoughts on “A Peek At The Tower”