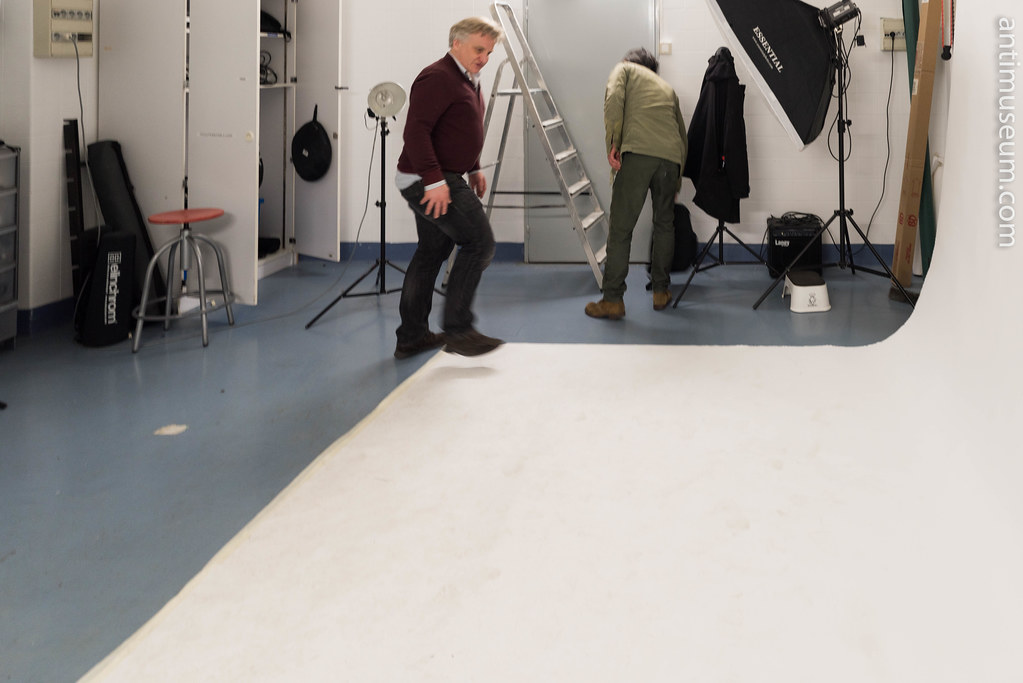 Today’s theme is experimental and nice Krista let us choose what we wanted so I went for an experiment of mine at the former St Vincent de Paul hospital (aka “grands voisins” until it disappears next Summer; sigh…) In the basement of one of the former hospital buildings there used to be a surgical block. Christopher, a rather nice and excentric American guy, was our host. He is the fourth eye of the “4ème oeil” photo artists foursome. He is the one stepping on the roll of paper. Behind him was Christophe, a — no less excentric — French photographer who had hired the studio too. I had decided to go there to experiment with portraits. I have neither enough space nor kit to do that at my office. 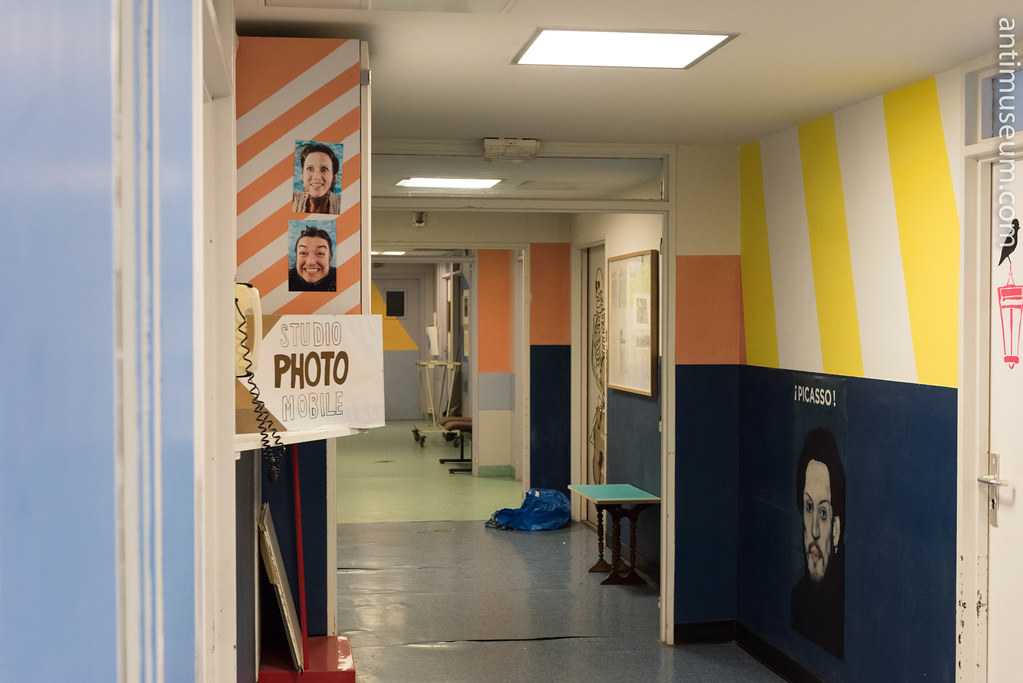 The entrance to the “studio”. I hope they keep this with the new buildings, it’s nice to be able to hire the place for a shooting. 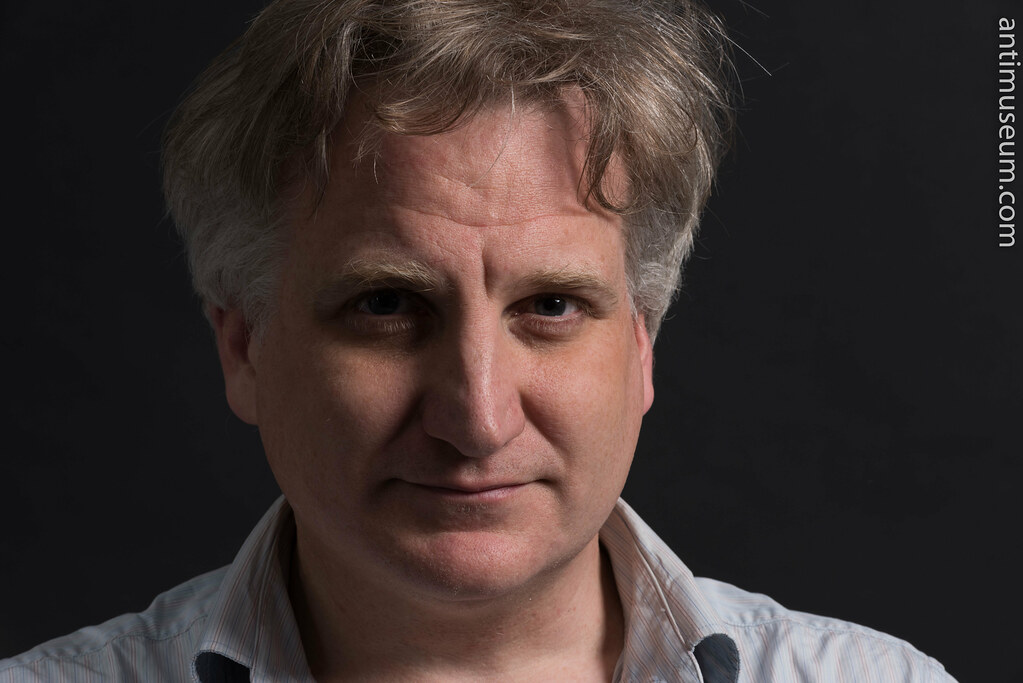 There were no models, I had to take pictures of Christopher and Christophe all the time. We had fun experimenting with the elaborate lighting kits. All forms of lighting were available there. Here with a snoot coming from the right hand side (of the picture). 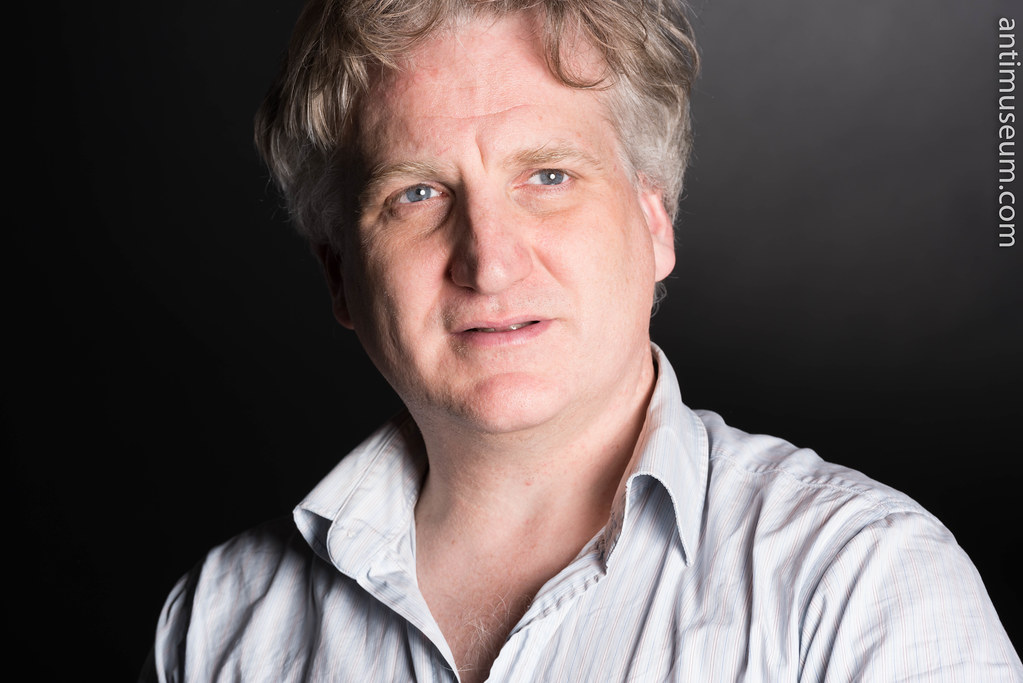 Harsher lighting made for interesting experiments. Not sure I would keep this one if it weren’t for this blog post. 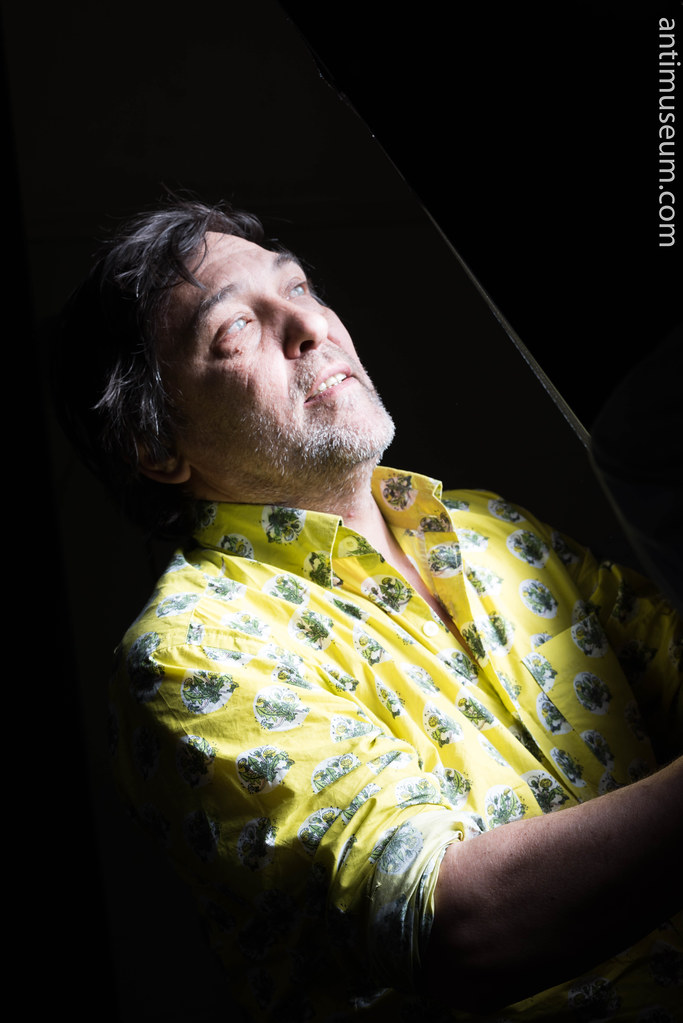 Here I experimented again when Christophe was carrying one of the lights and I pressed the shutter button without thinking that I was going to blind him for a second. I was really sorry about that, but it made for a nice picture. The lighting kit was so brisk you can’t see him shut his eyes on the picture. I tried to shoot with my electronic flash afterwards, and even though it’s one of the nicest and priciest Nikons, the result was unusable. 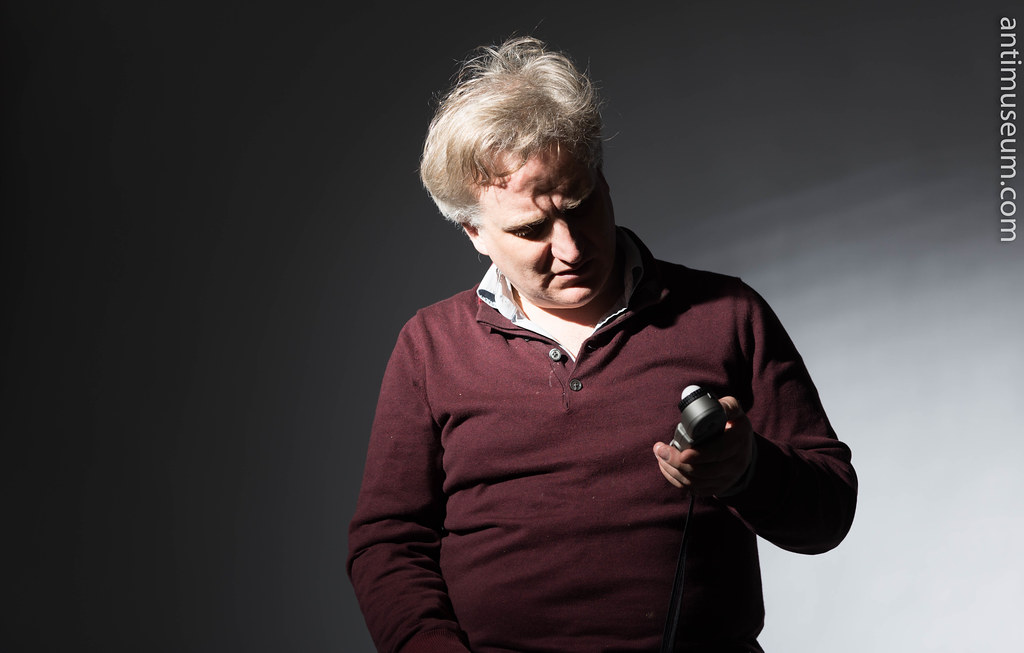 A strange contraption — a light meter — used by Chris for measuring light. Notice the nice grey background with weird lines entirely drawn by the light. 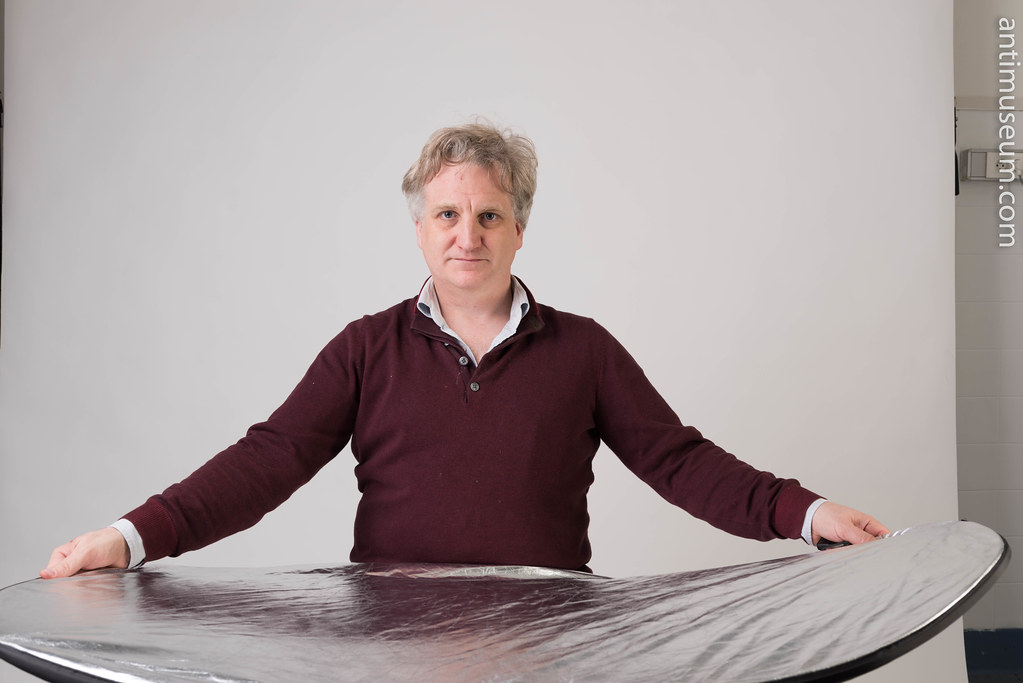 I deliberately refrained to crop that picture so that one would see how Chris was holding the reflector in order to lighten his own face. The result is much more balanced but I don’t like it at all. 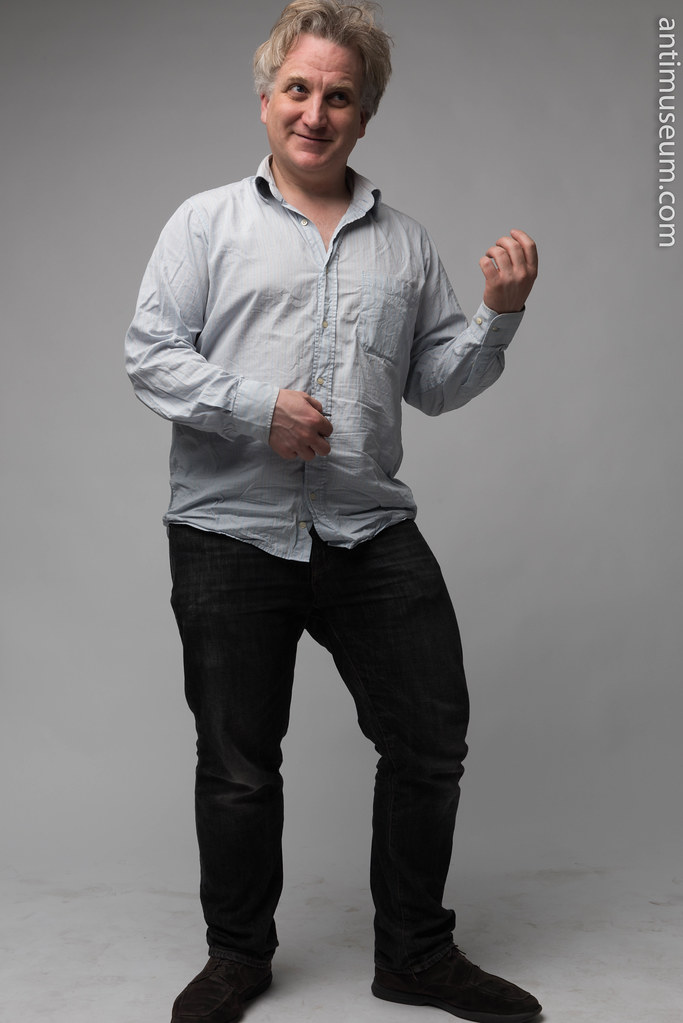 Facetious Chris played air guitar while I was shooting. The flash light was so quick no trace of movement is visible even though I was at a low speed. 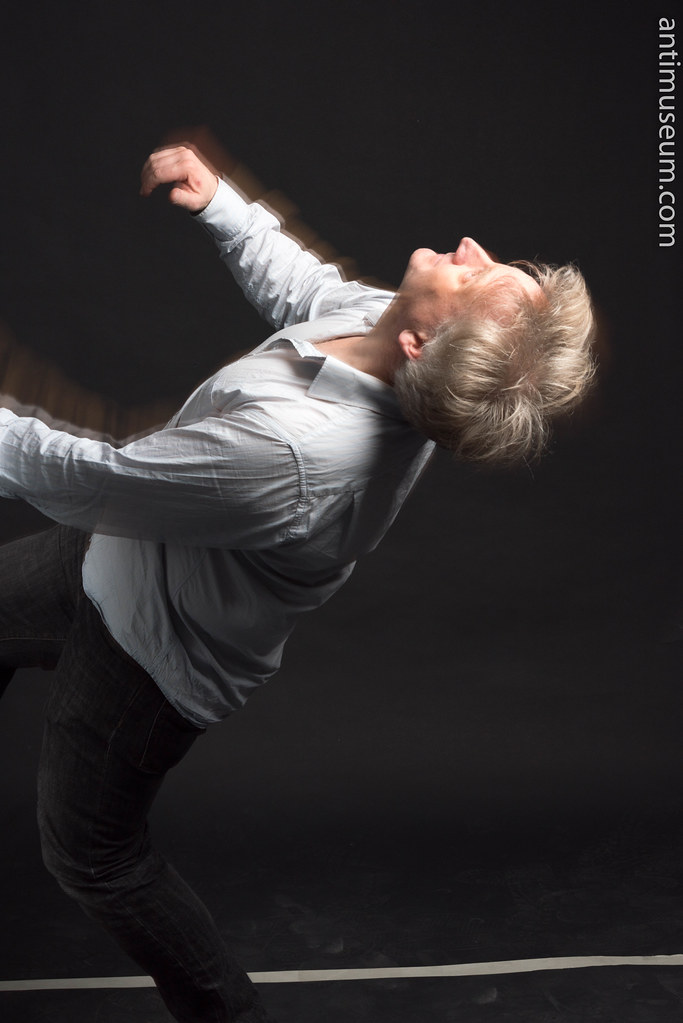 Chris horsing around at full speed showing stroboscopic effects at low speed on a black background. Uncropped for the exact same reason. 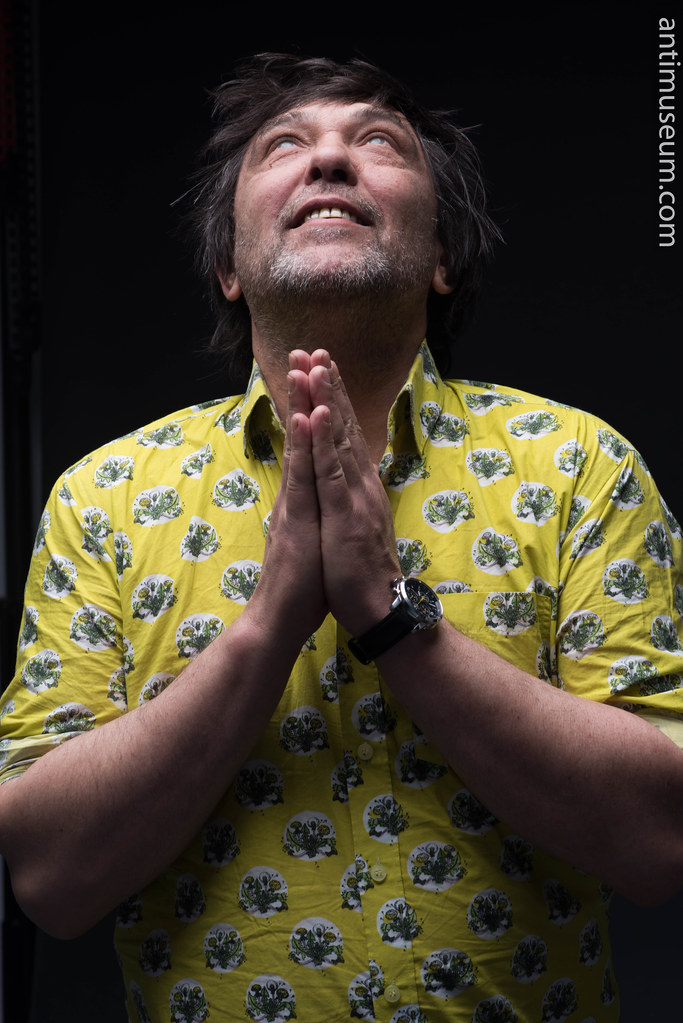 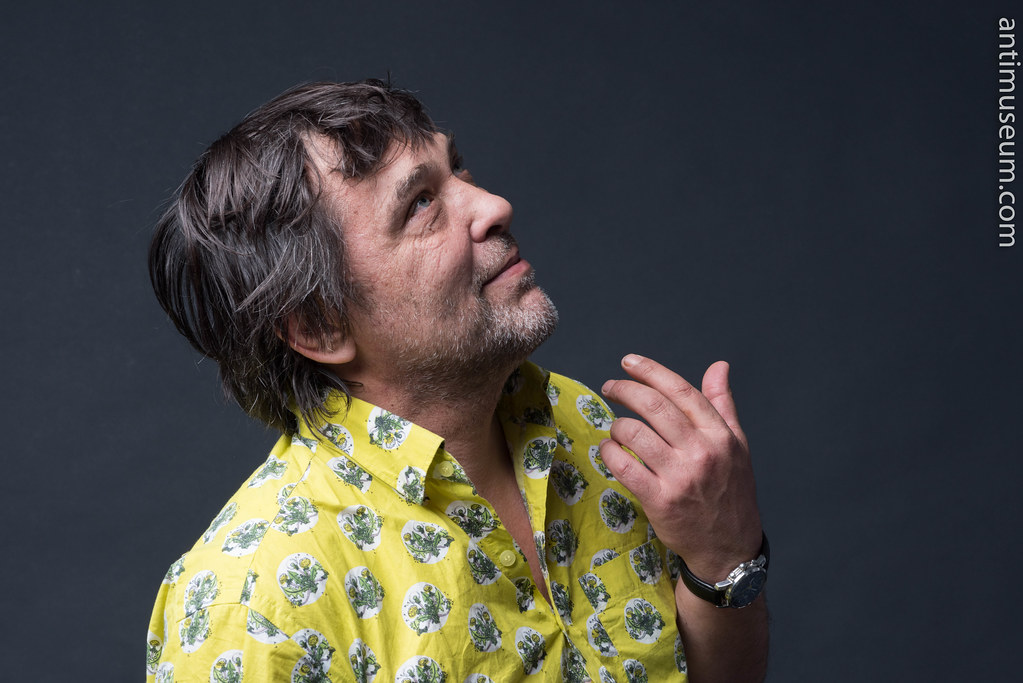 I think the light is very well balanced here even though all this is the result of an experiment and I’m not even sure what it was I wanted to achieve. There are many more pictures in that series, which you can display on Flickr.

2 thoughts on “Experimenting with light”